Should Christian women wear pants? Various so-called holiness groups believe the answer is no. Their brand of holiness is one in which Christian women are not allowed to wear pants. To them it would be a horrible sin for a professing Christian woman to wear pants! They base their view on a misuse of Deut. 22:5, but seem unaware of its misuse. Let’s examine that key passage to note what it says and what it doesn’t say:

Women’s Pants Are NOT Mentioned In Deut. 22:5 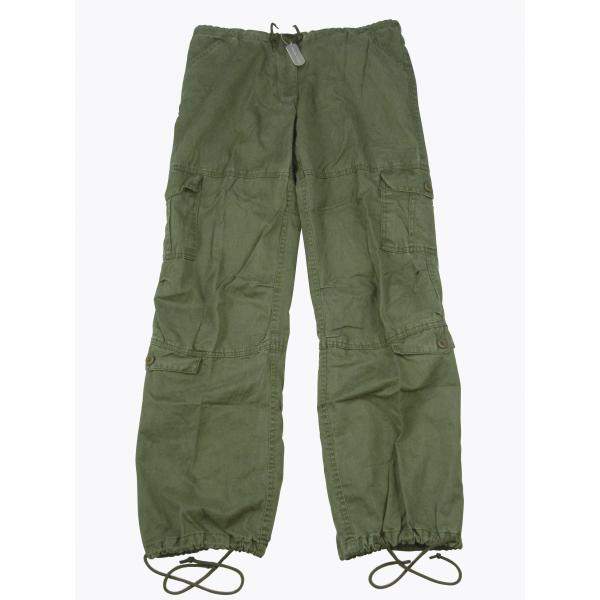 Only a person who has been trained to connect Deut. 22:5 to forbidding a Christian woman from wearing pants could think there is any connection between the two in that verse. Deut. 22:5 doesn’t say pants (or trousers) anywhere. It says a woman must not wear men’s clothing. To equate men’s clothing to women’s pants is only a church tradition and nothing more. Women’s pants are not mentioned in that passage. It is astonishing that any sincere truth seeker would say otherwise. Too many people have read into that verse what is not there causing more problems than necessary for God fearing holy Christian women.

That passage actually condemns what a cross dresser (or transvestite) would do. A man is not to dress like a woman and a woman is not to dress like a man. That Scripture has no connection with a woman wearing women’s pants any more than it condemns a woman wearing a woman’s robe because men wear robes too! Robes were worn by both godly men (Job 1:20; etc.) and women (2 Sam. 13:18) in the Bible, yet that was not a violation of Deut. 22:5. That is a significant truth related to this subject of Christian women wearing pants, which shows the same type of clothing can be worn by both men and women.

Now that it is clear that Deut. 22:5 does NOT condemn a Christian woman wearing pants, another Scripture mentions dressing modestly in inexpensive clothing (1 Tim. 2:9)! If a Christian woman wears women’s pants, which are modest (not form fitting) and not expensive, she has the right to do so and should not be looked down upon by any Christian group. However, a Christian woman should NOT wear pants, or any type of clothing which is not modest and may incite lust. Causing another to sin is very serious (Lk. 17:1-3).

True Holiness in the Bible

True holiness in the Bible is directly related to heart purity (Mt. 5:8) which the Bible stresses. To make clothing the ultimate issue, when it isn’t, is to overlook the female church people who don’t wear pants, but are lustful, hateful, greedy, deceitful, slanderous, etc. and will be sent to hell unless they repent and get their hearts purified before God! Today’s Christian women can wear women’s pants, which are modest and inexpensive and be holy. A female can wear pants, have true holiness and have eternal life. Holiness in the Bible does not forbid Christian women from wearing pants in Deut. 22:5.

This entry was posted in Christian, Should Christian Women Wear Pants and tagged christian women wear pant, cross dresser, deut 22:5, dt. 22:5, holiness, The woman shall not wear that which pertaineth unto a man, transvestite. Bookmark the permalink.