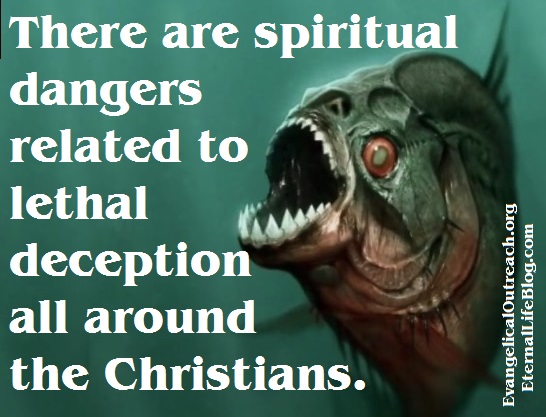 We are living in perilous times. There are spiritual dangers related to lethal deception all around the Christians. The dangerous days we are living in become especially apparent as we read about the end times in the Olivet Discourse. It was the Lord Jesus Christ himself, on three different occasions, who told the disciples to be on guard (Mark 13:9,23,33). The context reveals the concerns centered around:

Such major celestial changes will precede the Lord’s return for the elect (Mark 13:24-27). The days before his return will be a time of great distress or tribulation, as never existed on our planet before and will never be repeated again. If the days weren’t shortened we’d all die:

Those will be days of distress unequaled from the beginning, when God created the world, until now – and never to be equaled again. If the Lord had not cut short those days, no one would survive. But for the sake of the elect, whom he has chosen, he has shortened them. (Mark 13:19,20)

NOTE: The elect will still be present then. They will NOT be raptured out before the great tribulation and the reign of antichrist. Go by the Bible. Don’t let anyone deceive you.