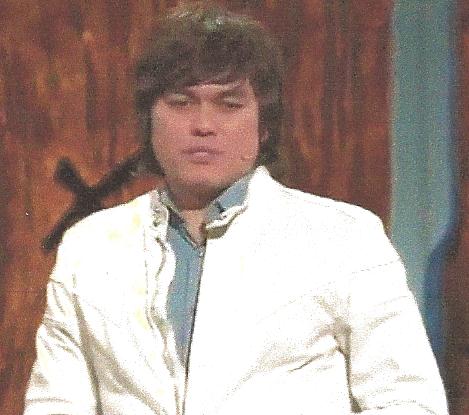 (Bible Question) … Joseph Prince made a statement that when we were sinners, no matter the good we do it does not earn us salvation / righteousness, so also when we became believers, no matter what sin we commit it does not make us a sinner. This sound logical but not scriptural …. Joseph Prince also said “we sin because we are sinners and that we did not become sinners because we sinned” What do you have to say to that? … Joseph Prince … said that there is nowhere in the New Testament where believers were asked to confess their sins, hence when believers sin they do not need to confess their sins. He also said that 1John 1:8-10 was written to Gnostics and not believers. Thanks and God Bless you Sir.

(Bible Answer) What Joseph Prince has done is merely learn and repeat the same old feeble arguments for once saved always saved used by the grace changers before him! Joseph Prince (like many others) is wrong! To say, “… when we became believers, no matter what sin we commit it does not make us a sinner” is to clearly oppose Scripture! James 5:19,20 state that if a believer strays from the truth he becomes a SINNER (but he can come back to salvation again and have his soul saved from death):

My brethren, if any among you strays from the truth and one turns him back, let him know that he who turns a SINNER from the error of his way will save his soul from death and will cover a multitude of sins. (James 5:19,20, NASB)

Similarly, the Prodigal Son became a spiritually dead and lost man through sin (Lk. 15:24). It is also possible for a Christian to become an enemy of God (James 4:4). Romans 4 is only referring to initial salvation or getting “born again.” There is NOTHING in Romans 4, or anywhere else, which shows a righteous person who turns to evil will NOT die spiritually (lose his salvation)! Remember that. Just the opposite is taught in God’s word. Don’t get confused about Paul opposing “works” (or the ceremonial law and circumcision). He was not referring to good works produced by a saving faith in Jesus, which accompany true salvation (James 2:14,17). Have you noticed what Paul wrote about sowing to please the Holy Spirit? That can ONLY be done by OBEDIENCE:

Eternal Life Does Not Come Automatically

Paul taught the saints, in order for them to get ETERNAL LIFE, they would have to sow to please the Spirit. Reaping eternal life will NOT COME AUTOMATICALLY because one was previously saved, according to that verse and Rom. 2:7. The fabricated theology of Joseph Prince doesn’t allow for Gal. 6:8, Rom. 2:7, Rom. 8:13 and many other verses.

Are you aware that there are different degrees of sin? What John wrote in chapters 1 and 2, etc. of his first epistle must be understood in light of all he wrote, which includes:

See that what you have heard from the beginning remains in you. If it does, you also will remain in the Son and in the Father. And this is what he promised us–even eternal life. I am writing these things to you about those who are trying to lead you astray. (1 John 2:24-26)

The Mythical god of Joseph Prince

For Joseph Prince to say 1 John 1:8-10 was written to Gnostics and not Christians is to ignore the plural pronoun we, which is used repeatedly in that passage. The Apostle John put himself in on it too! In other words, as a Christian, he also wrote to other Christians. Joseph Prince is debunked again. 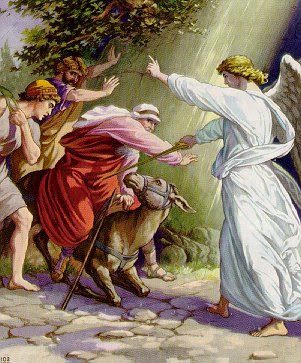 He has erected a mythical false god, which can’t see the sins of those previously saved, but can only see Jesus’ blood, when he looks at those once regenerated! His false god also loves us all infinitely and that means we can’t ever be lost and the list goes on and on! For Prince to teach like he does is to twist and distort the truth of God on various key areas to allow for wicked living and eternal life too.

Joseph Prince has rushed for profit into Balaam’s error. He has gotten rich and popular at the expense of his followers. It is to their eternal harm that they have accepted his empty effortless success and grace teachings. His deadly religious fables are popular and fine-sounding, but not true. Take this warning to heart. DO NOT BE DECEIVED BY JOSEPH PRINCE.