Did Judas Iscariot Find Forgiveness For His Betrayal

Judas Iscariot was once a disciple and apostle of Christ (Mt. 10:1-4), who later became a traitor (Lk. 6:16). Judas Iscariot lost his salvation. The Biblical evidence says he was later seized with remorse (repented, KJV) over his betrayal, said, “I have sinned” and threw the blood money into the temple: 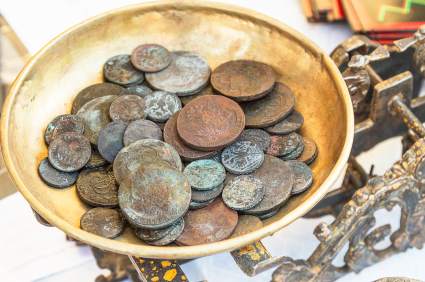 When Judas, who had betrayed him, saw that Jesus was condemned, he was seized with remorse and returned the thirty silver coins to the chief priests and the elders. “I have sinned,” he said, “for I have betrayed innocent blood.” “What is that to us?” they replied. “That’s your responsibility.” So Judas threw the money into the temple and left. Then he went away and hanged himself. (Mat 27:3-5)

Did Judas Get Forgiven

A controversy evolves around the word remorse or repent found in Mt. 27:3. Is it the word which can bring forgiveness or not? Though the Greek word is not the same word translated repent or repentance as in Lk. 13:3; 16:30; Acts 26:20; Rev. 2:5, etc. it possibly might be a secondary type word suggesting the same for it is also found in Mt. 21:32 where Jesus said:

For John came to you to show you the way of righteousness, and you did not believe him, but the tax collectors and the prostitutes did. And even after you saw this, you did not repent and believe him.

What the religious leaders didn’t do, as stated in Mt. 21:32, Judas Iscariot did! So, if Judas Iscariot did get forgiven (and I’m not completely sure he did) and we know he went to hell after his death (Mk. 14:21; Jn. 17:12), then something else happened which caused it! The Biblical record says he committed suicide (Mt. 27:5)! Folks, these corporate details could be another argument to prove suicides go to hell, even if they were previously a true disciple of Christ as Judas Iscariot was. It is already clear from 1 John 3:15 and Rev. 21:8 that murderers (suicides are self-murderers) don’t have eternal life, but possibly this could be the clincher. Too bad it is not more clear and will remain a Bible mystery.