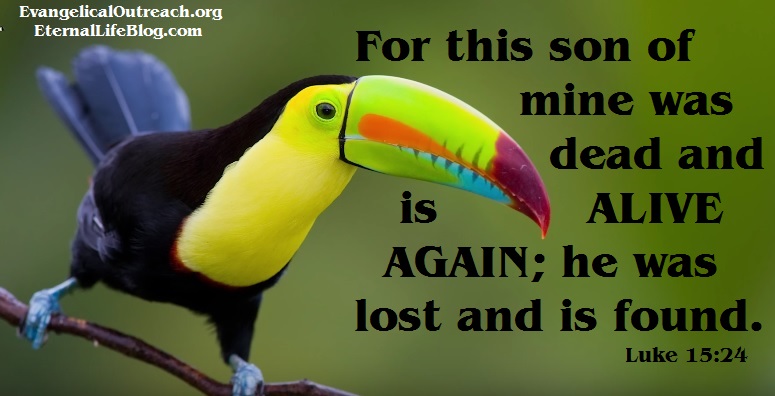 The Prodigal Son teaching (Lk. 15:11-32) is a classic message for the repentant backslider. The prodigal son meaning gives solid hope to the wayward, who want to return to the Father and be forgiven. In Jesus’ teaching, the prodigal son left the holy presence of the Father to indulge himself in sinfully wild living. That backslider sunk down lower and lower in the natural in his spiritually dead and lost condition. It got so bad for him that he longed to eat animal food, but didn’t get any!

The Prodigal Son Returned To The Father

When he wisely chose to turn away from his sins, and the darkness and spiritual death associated with them, to humbly returned to the Father with a willingness to serve him, things changed for the good. Without the Lord Jesus actually mentioning the word repentance in that teaching, it is vividly illustrated by his actions. His behavior change was radical. He was done with sin, but there is more good news in the prodigal son meaning.

The Backslider Got Saved Again

The greatest point of encouragement for the backslider is that the Father quickly and mercifully received him back! To be more precise, the Father ran to him, gave him a hug and a kiss and had a fattened calf celebration for his homecoming! Why? Luke 15:24 gives the details:

For this son of mine was dead and is alive again; he was lost and is found. So they began to celebrate.

The prodigal son became alive again when he left his life of sin to serve God. So the prodigal son was saved before he departed from the Father, became spiritually dead and lost when he turned to those types of sins, and became alive again upon his sincere repentance, which included serving God. (There was no once saved always saved for him just as there is none for us today.) Backslider, God wants you back. Backslider, follow the repentant example of the prodigal son and the Father will mercifully receive you the same way! [NOTE: The prodigal son was never called a son when he was dead and lost in his sins.]

This entry was posted in Backslider, Prodigal Son and tagged depart from the faith, God's mercy, prodigal son, repentance, return to salvation, saved again, wages of sin. Bookmark the permalink.