Backsliders Stray From The Path

What Is A Backslider? 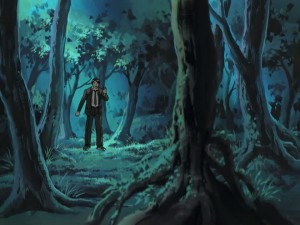 The backslider is described in Proverbs 21:16 as a man who strays from the path of understanding and comes to rest in the company of the dead. [Dead there refers to the spiritually dead, Ezek. 33:18; etc.] Unfortunately, there are various examples of such scattered throughout Scripture, even including King David and Solomon. NOTE the clarity of the following

Details about the backslider:

Blessed is the man who perseveres under trial, because when he has stood the test, he will receive the crown of life that God has promised to those who love him. (James 1:12)

A man who strays from the path of understanding comes to rest in the company of the dead. (Prov 21:16)

If you are righteous, continue in the faith (Col. 1:23). You have the best this short life can offer because you have Jesus. If you are a backslider, turn from your sins, which are dragging you to hell. No sin or person is worth going to hell over; and don’t be a backslider!

Evangelical brother Dan Corner is a Bible holiness preacher, teacher and soul winner. Most importantly he is a Christian and former Roman Catholic.
View all posts by Dan Corner →
This entry was posted in Backslider, Backsliders Stray From The Path and tagged backsliders, stray from the path. Bookmark the permalink.