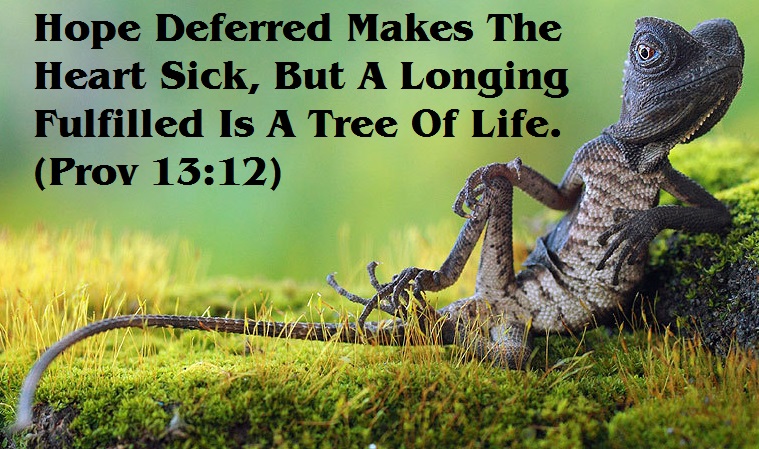 Everyone needs hope. The Bible says, Hope deferred makes the heart sick, but a longing fulfilled is a tree of life. (Prov 13:12). We need hope to continue on. Without hope we would give up, but what about the bearer of false hope? How disastrous is that? Could such a person be dangerous? The Bible answers these questions with stark clarity! Back in the days of wicked King Ahab, various false prophets were predicting success in battle for him in the name of the LORD:

Now Zedekiah son of Kenaanah had made iron horns, and he declared, “This is what the LORD says: With these you will gore the Arameans until they are destroyed.” All the other prophets were prophesying the same thing. “Attack Ramoth Gilead and be victorious,” they said, “for the LORD will give it into the king’s hand.” (2 Chr 18:10,11)

Because Ahab was lured into battle with hope of defeating his enemies, he died! Ahab believed false prophets, who filled him with false hope, which led to his DEATH! That shows the bearer of false hope can be dangerous, especially when speaking in the name of the LORD. The Bible calls such people false prophets and they are likened unto ravenous wolves in sheep’s clothing (Mat 7:15)!

Truth is what people need most. Often it is not the best news and sometimes it is very discouraging, but always vital. Remember also that the devil destroys with lies. As a false hope can be deadly, truth can lead to or preserve life, especially when it is based on Bible truth. So the ultimate issue is NOT to be encouraging or the instiller of hope for the discouraged, but to report the truth (the facts). If hope isn’t based on truth it is false hope, which is potentially dangerous.

Finally, the worst type of false hope is connected with religion. Examples of false hope in doctrinal form are Purgatory, once saved always saved, universalism and reincarnation. Those four religious and dangerous myths will take down multitudes in a very disturbing way. Hence, make sure you really do believe the Biblical message. Your eternal destiny depends upon it. God bless you.