What Grace Is NOT 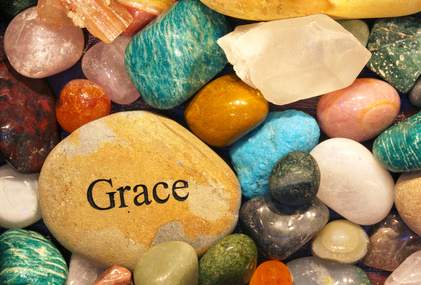 The common version of grace most know is absolutely false! The dangerous counterfeit version of grace, which I am referring to is, grace is getting what you don’t deserve, or grace is unmerited favor. Such is also inferred through multiple teachings connected with once saved always saved. Again, I must adamantly disagree, because of various Scriptural reasons. I will only cite two here.

The Proud Don’t Get Grace

The first is: only the humble get grace, but not all others:

But he gives us more grace. That is why Scripture says: “God opposes the proud but gives grace to the humble.” (James 4:6)

Young men, in the same way be submissive to those who are older. All of you, clothe yourselves with humility toward one another, because, “God opposes the proud but gives grace to the humble.” (1 Pet 5:5)

The Worthy Alone Have Saving Grace

Furthermore, the only ones who will actually enter God’s paradise kingdom after death because of grace (Eph. 2:5,8) are the overcomers (Rev. 2 and 3). Those same people, who endure to the end to be saved (Mt. 10:22), are also called worthy by the Lord Jesus in other Scriptures:

Yet you have a few people in Sardis who have not soiled their clothes. They will walk with me, dressed in white, for they are worthy. He who overcomes will, like them, be dressed in white. I will never blot out his name from the book of life, but will acknowledge his name before my Father and his angels. He who has an ear, let him hear what the Spirit says to the churches. (Rev 3:4-6)

Only a few in Sardis, at that point, were still worthy, even though the others were previously saved as well! The others got spiritually soiled. Hence, not all people are worthy of Jesus even though they might have been previously born again, according to Jesus. We must love Jesus first, take up our cross daily and follow him to be worthy of him:

Not to be worthy of Jesus is not to be worthy of eternal life, since Jesus is eternal life (1 John 1:1,2; 5:12,13). So, all people don’t get saving grace and not all people after getting born again remain worthy of Jesus. If grace was unmerited favor or getting what you don’t deserve, then neither of those Biblical truths would be true. It is also possible to fall from grace (Gal. 5:2-4)! Don’t be deceived by an eternal security teacher, who is really a grace changer and savage wolf in sheep’s clothing!

[Dan Corner is not trusting in his own good works for his salvation. He is trusting in Jesus as he follows him unashamedly, and believes he is saved by grace.]

This entry was posted in Grace, What Grace Is Not and tagged eternal security teachers, humble, Once Saved Always Saved, proud, worthy. Bookmark the permalink.

One Response to What Grace Is NOT