Holy Living In The End Times 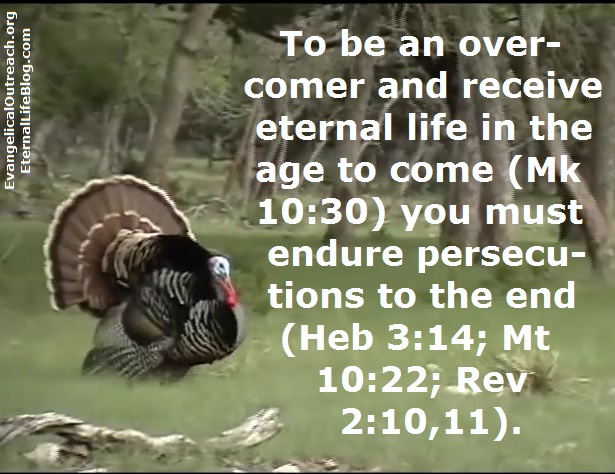 As strange as it may seem, we have been in the last days, or end times as referred to by many, for at least the last 2,000 years! How do I know? The writer of Hebrews stated the last days were already here when he wrote that epistle:

In the past God spoke to our forefathers through the prophets at many times and in various ways, but in these last days he has spoken to us by his Son, whom he appointed heir of all things, and through whom he made the universe. (Heb 1:1,2)

Since that time period there have been many Christian martyrs over the centuries, but the Bible also refers to martyrs who have not died yet in the end times. To be more precise, there will be multiple tens of thousands of holy people from all parts of the world yet to die during the days of the Antichrist:

After this I looked and there before me was a great multitude that no one could count, from every nation, tribe, people and language, standing before the throne and in front of the Lamb. They were wearing white robes and were holding palm branches in their hands…. Then one of the elders asked me, “These in white robes—who are they, and where did they come from?” I answered, “Sir, you know.” And he said, “These are they who have come out of the great tribulation; they have washed their robes and made them white in the blood of the Lamb. Therefore, “they are before the throne of God and serve him day and night in his temple; and he who sits on the throne will spread his tent over them. Never again will they hunger; never again will they thirst. The sun will not beat upon them, nor any scorching heat. For the Lamb at the center of the throne will be their shepherd; he will lead them to springs of living water. And God will wipe away every tear from their eyes.” (Rev 7:9,13-17)

Though there is no direct Scriptural connection, it is highly possible that they are included among the ones who get beheaded and are mentioned here:

… And I saw the souls of those who had been beheaded because of their testimony for Jesus and because of the word of God. They had not worshiped the beast or his image and had not received his mark on their foreheads or their hands. They came to life and reigned with Christ a thousand years. (Rev 20:4)

To be an overcomer and receive eternal life in the age to come (Mark 10:30) you must endure persecutions to the end (Heb. 3:14; Mt. 10:22; Rev. 2:10,11). If we are the last generation in these end times, will you be of that number to be beheaded because of faithfulness to Jesus and not receive the mark of the beast? Your salvation depends upon it! These are facts about holy living in the end times.