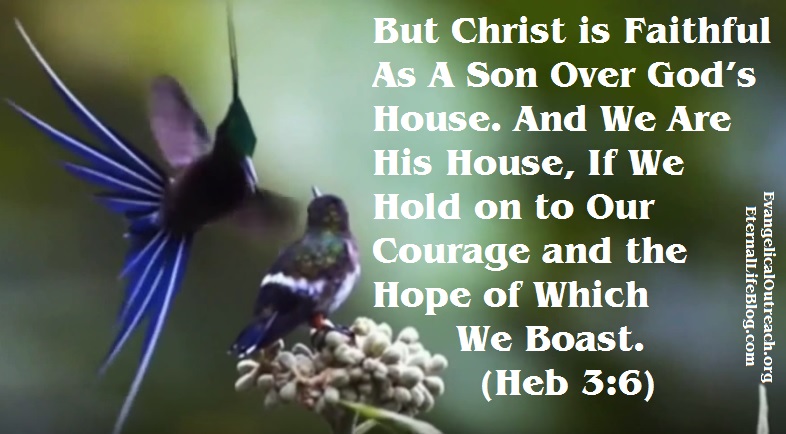 One of the major changes between the Old Testament and the New is that the house of God, as existed back then, is no longer the same. For that era it was a portable tent-like structure, in which God dwelt. David’s son, Solomon, was the first to build a structure called the temple of God. Solomon’s temple was built by skilled craftsmen using various valuable building materials, including tons of gold. It must have been one of the greatest man-made structures ever built.

When the Lord Jesus died on the cross for the sins of all of mankind (1 John 2:2), one of the things that occurred was the curtain in the temple was ripped from top to bottom (Mt. 27:51). The whole animal sacrificial system used back then with the blood of bulls and goats is now done away with since Jesus, the lamb of God, shed his blood once and for all time never to be repeated (Heb. 10:10-12; etc.). All of that also changed the house of God. The house of God is no longer a man made structure (Acts 17:24), but instead the physical bodies of the ones possessing eternal life. It is therefore a definite error to teach that a church building is the house of God or the temple of God. So, King David could write back then the following:

Better is one day in your courts than a thousand elsewhere; I would rather be a doorkeeper in the house of my God than dwell in the tents of the wicked. (Psa 84:10)

However, under the New Covenant, for the new creations in Christ, this applies:

That shows the seriousness of sin in the life of a believer. Far from what once saved always saved, which is another gospel, would have us believe about our future sins already being forgiven before we commit them, sin is still the issue. Regarding free will and human responsibilities under grace, the Christian must now hold on to various things, including courage and the hope of which we boast:

Hold on and don’t defile God’s temple. Your salvation depends upon it. God bless you.

This entry was posted in House Of God, Uncategorized and tagged house of God, Jesus' blood, New Testament, temple of God. Bookmark the permalink.