Judges Who Accept Bribes and God Who Doesn’t

It is very disturbing to observe any form of injustice, but that is a definite part of this sinful age. One day it will be much different, but the disturbing truth is, justice is too often perverted. Judges who accepted bribes and perverted justice for money do exist! One example was Judge Abel Limas: 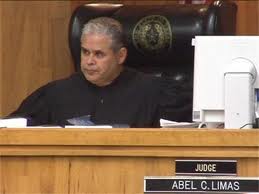 Some have called it one of the most disturbing scandals ever in Cameron County. It’s a scandal that captured national headlines. State District Judge Abel Limas, County District Attorney Armando Villalobos and respected lawyers from the Rio Grande Valley and even as far as Austin, indicted by the federal government for an alleged elaborate scheme of bribery and corruption in the courts of the Cameron County justice system. (http://www.valleycentral.com/news/story.aspx?list=~%5Cnews%5Clists%5Crecent&id=821899)

Taking bribes is nothing new. Thousands of years ago, godly Samuel had two sons who accepted bribes and perverted justice:

But his sons did not walk in his ways. They turned aside after dishonest gain and accepted bribes and perverted justice. (1 Sam 8:3)

For judges to yield to bribery results in acquitting the guilty and condemning the innocent, which is far from pleasing to God:

Acquitting the guilty and condemning the innocent—the LORD detests them both. (Prov 17:15)

The Judge Who Shows No Partiality and Accepts No Bribes

There are many ways in which God is vastly different from man. One of the ways is, he shows no partiality and accepts no bribes:

For the LORD your God is God of gods and Lord of lords, the great God, mighty and awesome, who shows no partiality and accepts no bribes. (Deu 10:17)

God, the perfect just judge, will only administer accurate justice to all people, including the righteous and poor, who have often been treated unjustly in this life.

YHWH, who is also the God of gods and Lord of lords, knows every thought and hidden motive behind every action! When he gives his ruling, it is accurate and perfectly just, even when it may seem harsh and extreme.

Those Who Go To Hell and Those Who Don’t

All people who are, or will be, thrown into the lake of fire, should be there! No one who shouldn’t be there, will be there! God has made no mistake with them. He knows their hearts, their sins, etc. He knows it all and that is where they should be. The same is true for those who endured persecution for righteous living and inherited God’s kingdom. They inherit the kingdom of God because they qualify, according to the conditions set down by the ultimate and final supreme Judge, who accepts no bribes. That means such overcomers died with a pure heart, as God sees it. So how can one get purified spiritually? Answer: It takes a submissive faith in the Lord Jesus:

He made no distinction between us and them, for he purified their hearts by faith. (Acts 15:9)

After initial salvation, the battle is to stay pure, which many don’t. The tempting devil will try his best for that to change through sin and is too often successful. That means you are responsible to hold on, keep your lamps burning, endure the hatred and loneliness associated with being righteous, etc. It is up to you, under grace, to keep yourself pure:

Sin is still the issue with Almighty God, the Judge who takes no bribes and doesn’t pervert justice! Do you know Jesus NOW?