Recently in SW Pennsylvania, we were surprised by the murder and theft of 2.3 million dollars in an armored car robbery by one of the guards, Kenneth Konias, Jr. Konias murdered his partner (Michael Haines) and left with the cash! (Less than 2 months later the FBI found him in Florida and arrested him!) Kenneth Konias fell prey to covetousness. For him, the temptation of money, even through illegal and immoral ways, didn’t stand in his way to get it. He is like many others of the past, who were willing to sin to get it! 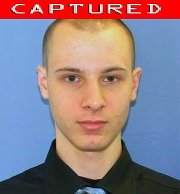 There are various examples and corresponding spiritual lessons to be learned in the Bible of people, who went after money and/or related material things in their ungodly desires to get rich through disobedience to God. Achan was one and his money temptation and sin occurred in the days of Joshua:

Achan replied, “It is true! I have sinned against the LORD, the God of Israel. This is what I have done: When I saw in the plunder a beautiful robe from Babylonia, two hundred shekels of silver and a wedge of gold weighing fifty shekels, I coveted them and took them. They are hidden in the ground inside my tent, with the silver underneath.” (Josh 7:20,21)

The infamous Judas Iscariot, was once a true disciple of the Lord Jesus like the other Twelve (Mt. 10:1-4), but afterwards became a thief (Jn. 12:6). In his covetousness Judas yet wanted more even to the extreme of betraying the Lord Jesus (God in the flesh):

Then one of the Twelve–the one called Judas Iscariot–went to the chief priests and asked, “What are you willing to give me if I hand him over to you?” So they counted out for him thirty silver coins. (Mat 26:14,15)

Shockingly, Judas settled for the small sum of 30 pieces of silver in his ungodly thirst for more! Unlike Balaam, Judas Iscariot (who was a preacher) never tried distorting God’s truth for the sake of money. Balaam on the other hand toyed with the money offered by Balak (an enemy of Israel) and though he couldn’t curse Israel, he taught Balak how God would oppose them through sexual sin. Jude likened Balaam to the grace changers (eternal security teachers) of our day (Jude 4 cf. Jude 11), who distort the Scriptural message of grace into a license to sin.

The temptation for money is strong, but won’t always lead to one’s downfall. Solomon’s apostasy proves this. He was an example of a very wealthy man who wasn’t adversely changed by his money or power. His downfall came in his latter years and through the idolatry his pagan wives led him into. He held fast to them in love rather than God. There is NO Scriptural proof to show Solomon ever returned to God and salvation. The devil has many alluring temptations and they are all designed to destroy us. Let’s all learn a good lesson about covetousness, sexual sin, idolatry and other types of sin unto death as listed in 1 Cor. 6:9,10; Eph. 5:5-7 and Rev. 21:8. This life is very short and NO SIN IS WORTH GOING TO ETERNAL PUNISHMENT IN ETERNAL FIRE OVER (Mt. 25:41,45 cf. Mk. 9:43-48)! Sin never goes unnoticed by the holy God!