The Lie Of Evolution

What does the Bible really teach about evolution? From Genesis and on, the Biblical record is always clear and exact — God created Adam and Eve and from them mankind began. Mankind did NOT evolve from a monkey, nor were we put here by aliens from another planet or anything else. God created Adam from the dust of the earth (Gen. 2:7) and Eve was created from Adam’s rib (Gen. 2:21,22). The Lord Jesus confirmed their creation (Mk. 10:6). Because Jesus is the ultimate authority, being God in the flesh, he verified man’s creation! That should settle it forever. Man did NOT evolve and evolution is a lie, just like eternal security.

In contrast, the antichrist public schools have taught the impressionable children the theory of evolution as though it was fact! 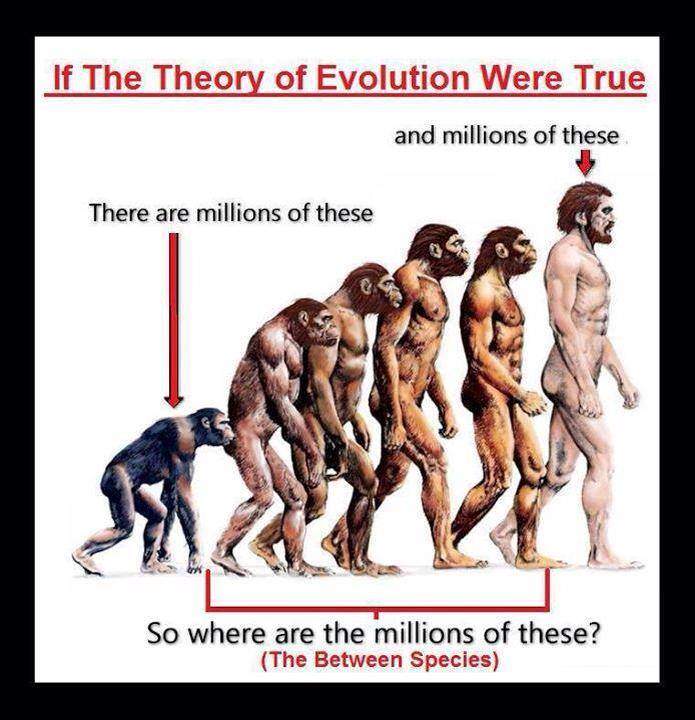 I too was taught this anti-God religion, but as science, when I went to school. Perhaps teaching this is their way of subtly rejecting God’s moral absolutes regarding sin to allow for a “do your own thing” mentality. The so-called “chain of evolution” is a myth and various evolution links were fraudulently created to uphold that anti-God “theory.” Lies and deceit, and not science or archaeology, have often propagated and perpetuated the lie of evolution over the years.

The Chain of Evolution

The Piltdown Man skull was discovered in England in 1912. After 41 years of being taught as “the most important fossil proving the evolution of man” it was exposed as a complete forgery! The Piltdown man fossil was chemically stained to deceitfully appear older and the teeth were filed down!

Nebraska Man was based on a 1922 single tooth find. It was believed to be another link in the evolution of man until an identical tooth was found to be that of a wild pig!

In 1982 a skull fragment was found in Europe named Orce Man. It was taught that the fragment came from a 17 year old male who lived 900,000 to 1.6 million years ago! Detailed evolution drawings were made to represent what Orce Man looked like! One year after, it was admitted that the skull fragment was not human and probably was from a young donkey!

The theory of evolution has a history of deceit and misinformation taught as fact. Only God knows how many precious SOULS have been adversely affected by the LIE OF EVOLUTION, having their faith in Almighty God and the Bible destroyed in the name of science and education! The following Biblical warning applies here:

Timothy, guard what has been entrusted to your care. Turn away from godless chatter and the opposing ideas of what is falsely called knowledge, which some have professed and in so doing have wandered from the faith. Grace be with you. (1 Tim 6:20,21)

Remember This About Evolution And Science

NOTE: The word translated knowledge in 1 Tim. 6:20 can be translated science! EVOLUTION IS A LIE and has been used by the devil to call into question the integrity of the Bible, thus affecting the eternal salvation of souls. Man was created by God and by God, his maker, he will be judged after he dies physically (Heb. 9:27). Do you know Jesus? (Remember, evolution is a LIE.)

This entry was posted in Evolution Is A LIE and tagged creation, evolution, lie of evolution, religious deception, science. Bookmark the permalink.