Our country, including the education system, is rampant with sin and anti-God beliefs. Here is more proof, this time from New York where young teens were forced to ask for a lesbian kiss:

Red Hook, New York – A recent anti-bullying presentation at a middle school in New York that focused on homosexuality and gender identity has angered parents after their daughters have come home to tell them they were forced to ask another girl for a kiss. 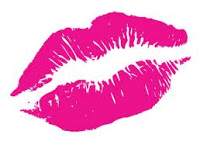 According to reports, the session occurred last week at Linden Avenue Middle School in Red Hook, New York, near Poughkeepsie. A group of students from Bard College led two workshops for the youth, separated by gender. During the workshop for girls, the 13 and 14-year-olds were told to ask one another for a lesbian kiss. They were also taught words such as “pansexual” and “genderqueer.” Parent Mandy Coon told reporters that her daughter was very uncomfortable with the exercise. “She told me, ‘Mom, we all get teased and picked on enough; now I’m going to be called a lesbian because I had to ask another girl if I could kiss her,’” she lamented. Coon stated that she was especially irate over the matter because parents were given no warning about the presentations, nor an opportunity to opt out. She is also dismayed that college students were granted the right to come into the classroom and encourage her daughter to be sexually active. “I am furious,” she declared. “I am her parent. Where does anyone get the right to tell her that it’s okay for her to have sex?” (  http://christiannews.net/2013/04/20/middle-school-girls-forced-to-ask-classmates-for-lesbian-kiss-during-anti-bullying-presentation/  )

The public school students are being pressured to be sexually immoral, even though the Bible clearly condemns such people to the lake of fire (1 Cor. 6:9,10; Eph. 5:5-7; Rev. 21:8; Gal. 5:19-21; etc.). The same students will be the leaders of this country and world in a couple decades. What kind of world will that be? The dark reign of the antichrist is getting closer!