The famous Catholic nun, Mother Teresa (1910-1997), has recently come under fire for her supposed less than sufficient caring for the sick, since she did not lack finances to do more:

Mother Teresa’s biggest supposed sin? According to the Times of India, it was “her dubious way of caring for the sick by glorifying their suffering instead of relieving it.” (http://news.yahoo.com)

If that allegation is true or not, without doubt something much worse than any negligence of the sick (which has only a temporal effect) was Mother Teresa’s Catholic doctrines. Catholicism is flagrantly in open heresy over and over again! 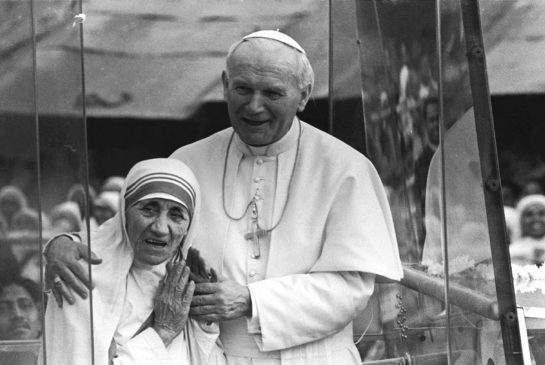 Catholic deception is apparent to one who knows the Bible, yet Mother Teresa endorsed all those Catholic teachings and practices by being a faithful Catholic herself. By bolstering the overall image of Roman Catholicism, she actually did much harm to precious souls which might have found true salvation and eternal life through repentance towards God and faith in the Lord Jesus Christ (Acts 20:21). Mother Teresa was only a Catholic nun, who became very famous around the world because of her work with the poor and destitute in India. She was not doctrinally sound and had no evidence of being a Bible-defined Christian. God bless you. [AP Photo.]

This entry was posted in Catholicism and tagged Catholicism, mother teresa. Bookmark the permalink.