The Pleasures Of Sin For A Short Time 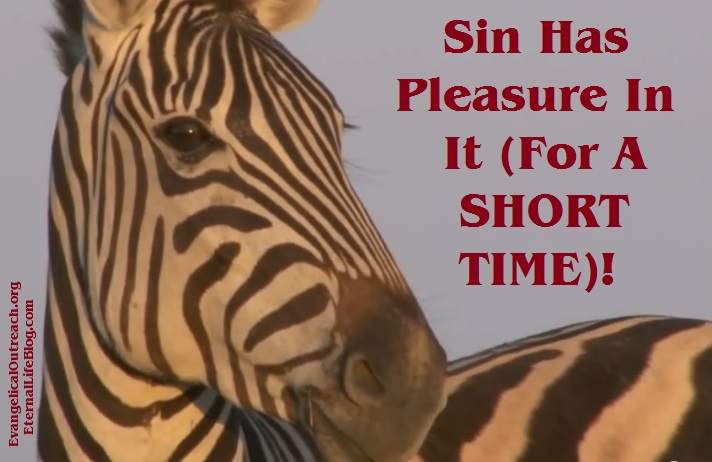 As strange as it may seem, the Bible actually teaches sin has pleasure in it (for a SHORT TIME)! Of course, there are also the pain and remorse, as well as the inescapable deadening effects afterwards (James 1:14-16). Isn’t it true that for the devil (the enemy of your SOUL) to legitimately tempt a person to sin, it would have to have some kind of draw and allurement for the person being tempted. That, however, doesn’t mean that one must yield to temptation (1 Cor. 10:13). Notice the following passage and the listed details about Moses:

By faith Moses, when he had grown up, refused to be known as the son of Pharaoh’s daughter. He chose to be mistreated along with the people of God rather than to enjoy the pleasures of sin for a short time. He regarded disgrace for the sake of Christ as of greater value than the treasures of Egypt, because he was looking ahead to his reward. (Heb 11:24-26)

Moses was a prince in Egypt, the world power at the time. Imagine the sin he could have indulged in if he wanted to, but he had a different value system, one that is taken by the righteously wise. That system de-emphasizes the temporal importance and pleasures of this life, and stresses the eternal and the long eternity beyond the grave with God’s will in focus. Moses was willing to be mistreated along with the people of God rather than to enjoy the pleasures of sin for a short time. Can you identify with that powerful example of faith? It will help you reap eternal life!

This entry was posted in Sin, The Pleasures Of Sin For A Short Time and tagged example of faith, Moses, pleasures of sin, temptation. Bookmark the permalink.