Aged Pope Benedict recently surprised the world when he recently announced he will be resigning from his papal office because he felt he was too physically weak to carry on. That wasn’t his first surprise though! In 2007, Pope Benedict XVI elevated the Catholic church supremely as he said:

“Christ ‘established here on earth’ only one church,” the document said. The other communities “cannot be called ‘churches’ in the proper sense” because they do not have apostolic succession—the ability to trace their bishops back to Christ’s original apostles.

Like his predecessor, Pope John Paul II, Benedict XVI (as a typical Catholic) was blatantly heretical regarding his idolatrous beliefs about the fabricated Mary of Catholicism. The quotes found there are from the volume, The Catechism of the Catholic Church, which carries the Imprimi Potest (“it can be printed”) from Joseph Cardinal Ratzinger (who became Pope Benedict XVI).

On February 28, 2013 Benedict XVI will resign. According to the Catholic so-called prophet and “saint” Malachy, the next pope will be the last pope. He will be the 112th pope from Malachy’s time! 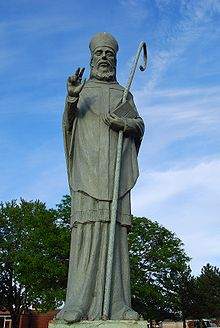 That last pope is supposed to be Peter Romano (Peter of Rome) and will rule the church during Armageddon. (In several weeks we will know!) Catholic Archbishop Fulton Sheen said that pope number 112 will be the Judas Iscariot of the Catholic Church. If these things come true of Benedict XVI’s successor or not, please know this:

That amazing truth is shown twice in the Bible! In Deut. 13:1-10 we read of that connected to a unique type of test from God! Then, with Caiaphas, who made a true prophecy about Jesus’ death (John 11:49-52), we have a second example! If the St Malachy prophecy is fulfilled, please be assured such is NOT an endorsement of Catholicism. Catholicism definitely fails the Biblical test of spreading the real gospel and representing the original New Testament church. Jesus will one day return. If you are of that time will you be ready with your lamp burning?