England Dogs Will Take The Microchip “Mark” by 2016

If the microchip turns out to be the infamous mark of the beast, then the following is really big end times news! England has recently passed a new law that all dogs will have to be fitted with microchips by 2016! 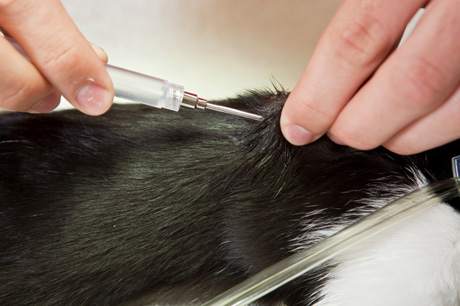 That would make this event one giant step towards the rise of antichrist and the one world government! Here is the reason the British authorities are giving for microchipping dogs:

“It’s a shame that in a nation of dog lovers, thousands of dogs are roaming the streets or stuck in kennels because the owner cannot be tracked down,” Environment Secretary Owen Paterson said in a statement. “Microchipping is a simple solution that gives peace of mind to owners.”
( http://abcnews.go.com/International/wireStory/dogs-england-microchips-2016-18417374, emphasis mine )

But officials say what was once an optional extra will become mandatory in three years. Owners who refuse to fit their dogs with chips face fines of up to 500 pounds ($800). ( ibid. )

A Late Coming Of The Lord

Fifty years ago the world didn’t have the technology the Bible recorded thousands of years ago, which will enable the antichrist to issue a mark on the forehead or hand which could allow or deny buying or selling (Rev. 13:16,17). When exactly will that occur? We don’t know the day or hour, but the Bible teaches a late coming of the Lord, as shown in Mt. 25:1-13—the Parable of the Ten Virgins. In that teaching, 50% of the Christians (virgins with a burning lamp) had their spiritual lamp burn out because they ran out of oil waiting for the Lord’s midnight cry and return. Jesus’ concluding statement in that teaching was:

Therefore keep watch, because you do not know the day or the hour. (Mat 25:13)

At another time he said:

Be dressed ready for service and keep your lamps burning (Luke 12:35).

Be like the five wise virgins and bring extra oil to keep your lamps burning for a late return of the Lord! IF we are the terminal generation, we will not be raptured out of here until after the great tribulation (Mark 13:24-27) and will probably have to die a martyr to remain saved (Rev. 7:13,14 cf. 20:4).

This entry was posted in England Dogs Microchipped By 2016, Mark of the Beast and tagged antichrist, england microchip, mark of beast, microchip 2016 dogs, microchip dog. Bookmark the permalink.