The Catholic church, shockingly, assumes for itself the ability to annul (or cancel out) a marriage of perhaps many years! God didn’t grant the Catholic church that ability or any special power. It surely doesn’t say that anywhere in the bible. 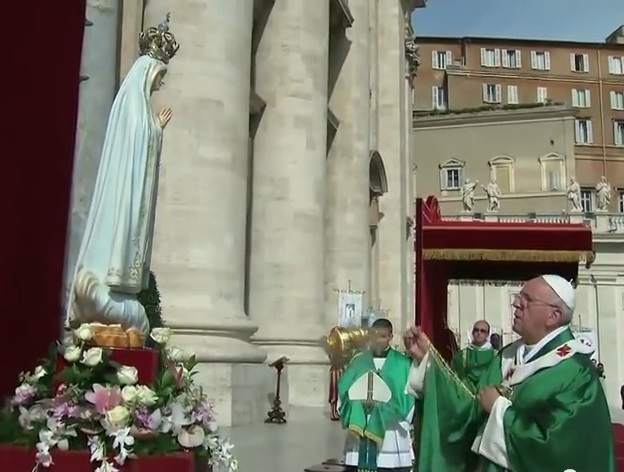 The Catholic church just claims for itself that power and has been “annulling” marriages for centuries that God has joined!

Recently (in September 2015), however, idolater Pope Francis has made it much easier for Catholics worldwide to annul their own marriage without the usual costly fees to “marry” another person! Francis wants marriage annulments to be FREE.

The Empty Anathemas In Catholicism

In the same article, the Catholic church speaks of the “indissolubility of marriage” and that marriage is “forever,” but brazenly contradicts itself with their bogus fraudulent marriage annulment, which does dissolve the marriage in the eyes of Catholics!

Catholic doctrine holds that a church marriage is forever. An annulment is a judgment by a church tribunal that the marriage had some inherent defect from the start. Reasons vary, including that the couple never intended their marriage to last or that one of the spouses didn’t want children. Catholics have long complained that it can take years to get an annulment, if they can get one at all. Costs can reach into the hundreds or thousands of dollars for legal and tribunal fees. Without the annulment, divorced Catholics who remarry outside the church are considered to be adulterers living in sin and are forbidden from receiving Communion — a dilemma at the core of a current debate roiling the church. Francis has already called for annulments to be free, saying all Catholics have the right to justice from the church. He has also said the church should take into account that ignorance of the faith can be a reason to declare a marriage invalid. [msn.com]

These marriage annulments are a baseless myth founded on false authority, just as empty as Joseph Smith’s self-exalting claims in Mormonism. Through these Catholic marriage annulments, ADULTERY has proliferated over the years, but now remarriage adultery will increase even more! What a cesspool of sin, wickedness and false doctrine the Catholic church is! With 1.2 billion precious souls being under the sway of the Pope, this is another victory for the devil. It is just as Jesus taught, that is, a wicked and adulterous generation and Pope Francis has just helped exponentially with that type of wickedness!