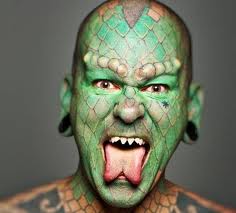 The society of 30 years ago has radically changed and disappeared. Besides crime being much lower, the teenagers and young adults back then used to try to make themselves look physically attractive, but that does not seem to always be the case any more! Many teenagers and young adults now dress with some kind of face piercing, black makeup and tattoos that makes themselves look the walking dead! Even the girls are now tattooed and pierced! I personally believe satanic bands, TV and secular school have all helped to lead our society to its present depraved state. Young people see role models there and behave like they see the musicians, actors and administrators, who are nothing like they were 50 years ago! 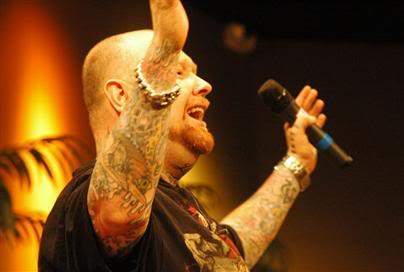 To compound the problem, even some of the churches have tattooed preachers who display the ugly body-harming tattoos without shame. Todd Bentley is a prime example. His appearance is repulsive and unbecoming for any preacher. If he was tattooed up like that before his alleged conversion, then he should at least be wearing long sleeved shirts to cover up those shameful tattoos, but he doesn’t, and it seems most professing Christians don’t care in the least, even though the Bible says:

Do not cut your bodies for the dead or put tattoo marks on yourselves. I am the LORD. (Lev 19:28)

While evangelizing on a college campus I remember one student, whose mother was an Episcopal priest, had rubber spikes coming out of each nostril! His face also had various clips and pins in his eyebrows, tongue and lips! What a horrid display he was. When I was growing up, no one dressed like that, and had someone tried to pay a young adult to disfigure himself in that way, I doubt if very many would have done so. Now they do it voluntarily. It seems to make them popular and cool. As strange as it may sound, our deteriorating society was predicted in God’s word:

Because of the increase of wickedness, the love of most will grow cold, but he who stands firm to the end will be saved. (Mat 24:12,13) 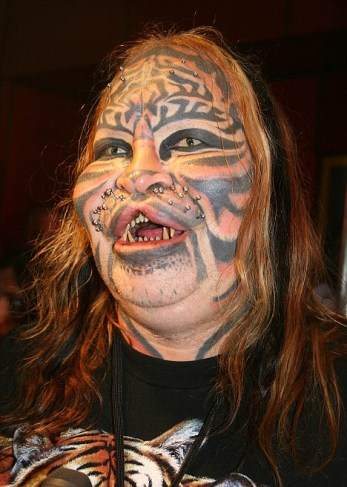 Wickedness is steadily increasing and it shows up even in the way people dress with body piercing and tattoos in astonishing places. Did you know some people have had their tongues tattooed? If you are a Christian young person, take the above to heart and don’t disfigure yourself.