What Is The Brown Scapular 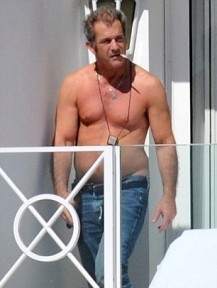 It is not based on God’s truth and is, therefore, just as deadly for the sincere Catholic as it is for the Hindu who bathes in the Ganges River thinking his sins will be washed away in the water or for the Muslim who kisses the black stone of Kaaba to be forgiven! [The picture to the right is Mel Gibson, the director of the Passion of Christ, wearing a brown scapular as he smokes.]

I too once wore the brown scapular as an Ex Roman Catholic. I know what it is like to be taught something and accept it as truth to find out later it is not only unscriptural, but anti-scriptural. It hurts, but TRUTH is what we must stand on to be safe. It takes humility in such cases to turn.

NOTE: At about 2:23 time-wise into the video, the speaker is quoted below. How could anyone deny that Mary is deified in Catholicism? Surely, this rampant idolatry is grieving to the Lord Jesus Christ and God the Father. This is what Catholicism teaches about the brown scapular:

And so, wearing of the brown scapular reminds us, should remind us, of three things. First, that we are children of Mary. Second of all, that we need to work for our Lady. And finally, it should be a garment of humility and penance. First, by the brown scapular we profess ourselves to be children of Mary. The scapular of our Lady is a badge or a uniform so to speak by which we profess to whom we belong and who we serve. Likewise, our Lady in turn by wearing the brown scapular, she recognizes us as her children, as her special children. And because of that, she consequently protects us and watches over us. The brown scapular should also remind us that we need to work for our Lady because the scapular, which means shoulder garment, was originally that, it was a garment worn by religious in order to protect their habit, their religious habit that they wore on a daily basis during those periods of work to keep it from getting dirty, stained, from ripping, etc. and so therefore the scapular is a working garb. And so this should remind us that there’s no room for lazy piety. If we wear the brown scapular and we consider ourselves our Lady’s children, there’s no place for lazy piety but rather we should fill our lives with good works. This brown scapular should remind us the need to faithfully fulfill our daily duties, and to make another adaptation of Scripture, to labor as good soldiers of the Immaculate. Finally, the third place, the brown scapular is also a garment of humility and of penance. So in a spirit of penance, we should accept all the difficulties of our state of life and all the sufferings that our Lady may want to send us. And the scapular will give us the strength to do this. In all of our difficulties, we can always grab onto our brown scapular, remind ourselves of our Lady’s protection, her watchfulness, her presence and especially at the moment of death, when we can call to mind our Lady’s promise of salvation. Our Lady of Mount Carmel, pray for us.

* Not a single word about Jesus was mentioned there.
* The brown scapular is 100% religious mythology and idolatry, as Mary is deified as a type of Savior.
* No Bible light shines from such brown scapular Catholic tradition.

Do YOU know Jesus NOW?

This entry was posted in Catholicism, What Is The Brown Scapular and tagged brown scapular, catholic tradition, deify mary, ex catholic, idolatry, mel gibson, religious deception, what is the brown scapular. Bookmark the permalink.