A Possible Scenario 2,000 Years Ago

Little boy said to his mother:

“Mommy, I saw several men walking along DRESSED IN RAGS. The leader was all scarred up on his body, and even his face was scarred. I even heard him say he had been in chains in prison. 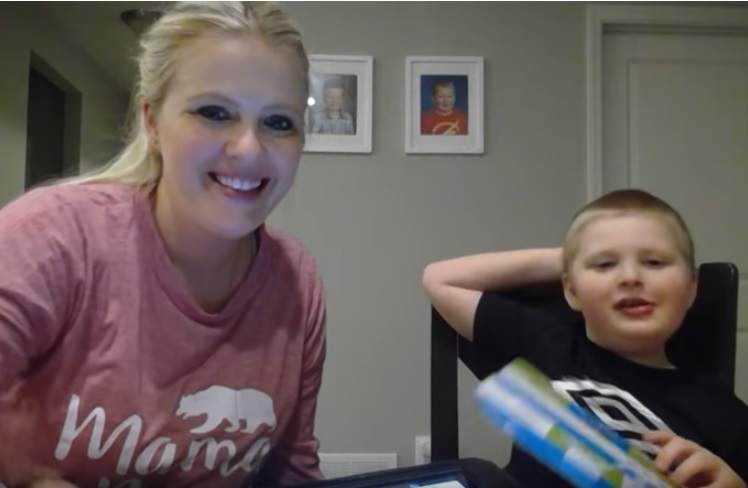 He was also deeply weeping and praying to God, as they walked along. I think they are all here to tell others about someone named Jesus, who they reverently called their Lord, instead of Caesar. People around were screaming at him, and it seemed like a riot was beginning. They want him to leave the region. Do you know who that leader and ex prisoner was, Mommy?”

The mother told  her son the following:

“It sound like it was the Apostle Paul and his godly co-laborers, son (1 Thess. 2:10). For our own sake, we better go and hear what they have to say.”

To this very hour we go hungry and thirsty, WE ARE IN RAGS, we are brutally treated, we are homeless. (1 Cor. 4:11) 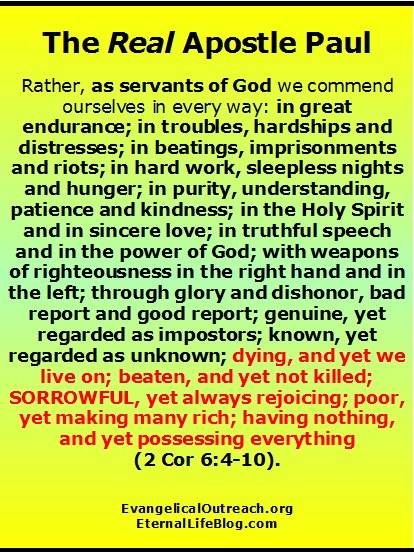 For I wrote you out of great distress and anguish of heart and WITH MANY TEARS, not to grieve you but to let you know the depth of my love for you. (2 Cor. 2:4)

For, as I have often told you before and now say again EVEN WITH TEARS, many live as enemies of the cross of Christ. (Phil. 3:18)

Then some Jews came from Antioch and Iconium and won the crowd over. THEY STONED PAUL AND DRAGGED HIM OUTSIDE THE CITY, THINKING HE WAS DEAD. (Acts 14:19)

I [Paul] have worked much harder, been in prison more frequently, been flogged more severely, and been exposed to death again and again. Five times I received from the Jews the forty lashes minus one. Three times I was beaten with rods, once I was stoned, three times I was shipwrecked, I spent a night and a day in the open sea (2 Cor. 11:23-25).

At least 9 times Paul shed his blood serving the PRECIOUS Lord Jesus and that was EARLY in his ministry.

Rather, as servants of God we commend ourselves in every way: in great endurance; in troubles, hardships and distresses; in beatings, imprisonments and RIOTS; in hard work, sleepless nights and hunger; in purity, understanding, patience and kindness; in the Holy Spirit and in sincere love; in truthful speech and in the power of God; with weapons of righteousness in the right hand and in the left; through glory and dishonor, bad report and good report; genuine, yet regarded as impostors; known, yet regarded as unknown; dying, and yet we live on; beaten, and yet not killed; sorrowful, yet always rejoicing; poor, yet making many rich; having nothing, and yet possessing everything. (2 Cor. 6:4-10)

The Greek word for “marks” in Gal. 6:17 can be translated SCARS and fits Paul’s many beatings and being stoned. The stoning at Lystra certainly left Paul with FACIAL SCARS.