Ananias and Sapphira are an infamous husband and wife couple, who were struck dead by God over the sin of lying (Acts 5:1-11). 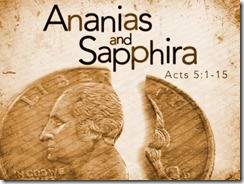 In fact, their only recorded sin was lying and they only lied ONCE. After Ananias and Sapphira lied, they were immediately struck dead by God, leaving them NO TIME TO REPENT. Their LIE was attached to a generous act! That was their only recorded sin! Many would consider what they said as just a little white lie and nothing serious, especially since their giving would help poor saints, but apparently God didn’t view it that way! God killed them both!

Ananias and Sapphira Were Previously Saved

Though some license for immorality teachers, like Joseph Prince, would deny Ananias and Sapphira were once saved, the Biblical evidence proves otherwise. 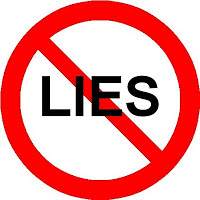 So let’s look at that evidence:

For it is time for judgment to begin with the family of God; and if it begins with us, what will the outcome be for those who do not obey the gospel of God? (1 Pet 4:17)

Ananias and Sapphira Lost Their Salvation

To believe that God in his anger struck Ananias and Sapphira physically dead over their sin of lying and took them to heaven is a poisonous doctrinal myth, but consistent with the damnable heresy of once saved always saved. Shocking but true—that is what the grace changers teach under the subheading of the sin unto death! For example, here is what grace changer, S. Michael Houdmann of GotQuestions wrote:

The “sin unto death” is deliberate, willful, continuous, unrepentant sin. God, in His grace, allows His children to sin without immediately punishing them. However, there comes a point when God will no longer allow a believer to continue in unrepentant sin. When this point is reached, God sometimes decides to punish a Christian, even to the point of taking his or her life. (What is the sin unto death?, emphasis mine)

Oberservations From Ananias and Sapphira