An apostate is one who departs from the faith. That is what the Greek word means. It is very simple. It is not hard to understand. According to Scripture, an apostate was in the faith, that is, he was a Christian, but subsequently turned away from Christianity and from his salvation. That simplicity, however, is gone in our day with the flood of overflowing doctrinal distortions and gibberish. It has been washed away and replaced with a counterfeit to fit man’s warped theology! That is precisely what Calvinism has done with the term apostate. Calvinism has force-fitted that term into their counterfeit grace theology. 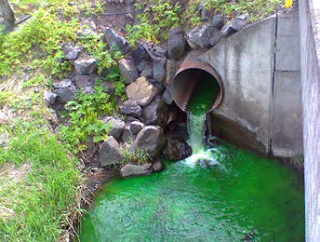 In contrast to the simple meaning of an apostate, which even a “babe” can understand, Calvinism redefines such a person as one who never truly believed unto salvation. To them an apostate was never saved, and examples of apostates are Judas and Demas! They want us to believe an apostate looks and acts exacts like a Christian, functions in ministry as a Christian, etc., but was never saved! An apostate to them is a contradiction of terms, that is, he wasn’t really in the faith, but somehow departed from it! Calvinism misuses the wheat and tares teaching as backing, saying they are indistinguishable while the text clearly teaches otherwise! [See The Believer’s Conditional Security: Eternal Security Refuted, pp.346,347 for more information on this whole issue of the believer’s security.]

Calvinist, John MacArthur further said this about an apostate:

You and I can’t, even at our best, know who is really a Christian. I think we can say that person has given evidence of being a Christian, but we may not be able to say that person is not a Christian, even though they look like one. That we can’t say. So I think that’s part of … part of understanding apostasy is that it hides very well among the saints. ( When Believers Stop Believing: Portrait of an Apostate, John MacArthur,  http://www.gty.org/Resources/Sermons/GTY119 )

For John MacArthur to write, as you just read, we may not be able to say that person is not a Christian, even though they look like one – he just stated he believes some immoral people are Christians, which fits their license to sin! He teaches just like Charles Stanley on that issue. Remember, in Calvinism it works the other way too, that is, you can’t tell who is saved either, even if it is yourself! John Calvin wrote about their evanescent grace:

Experience shows that the reprobate are sometimes affected in a way so similar to the elect that even in their own judgment there is no difference between them. Hence, it is not strange, that by the Apostle a taste of heavenly gifts, and by Christ himself a temporary faith is ascribed to them (The Believer’s Conditional Security: Eternal Security Refuted, 2000 edition ; pp. 731,732 — documented from Institutes of the Christian Religion by John Calvin.)

John MacArthur spews out his man-made theology, like raw putrid sewage from a rusty pipe into the water, to gullible people and they just drink it in! In our day, too many people seem unable to detect such! Maybe because John MacArthur is a fluent speaker, people are caught up with his speaking abilities instead of being repulsed by his Scripture distortions! Folks, there are many intelligent and fluent speakers among Catholicism, Jehovah’s Witnesses, Mormonism, etc. Remember, TRUTH is the issue and the gauge of all spiritual truth is the Bible, not how fluent one is. Paul was not a trained speaker, like some of his doctrinal adversaries (2 Cor. 11:6).  Orator Aaron, who erected the Golden Calf, was a man-pleaser and fluent speaker, while Moses was slow to speak and God’s chosen leader (Ex. 4:10-14 cf. Ex. 32)!

How could anyone believe such John MacArthur propaganda about the apostate unless he is just blindly trusting in a man and not reading his Bible to learn the truth for himself! Of course, we can know a tree by its fruit (Mt. 7:16,20) unless Jesus lied, which is impossible! Of course, we can KNOW the child of God from the child of the devil or our Bible is corrupt, which will never be proven:

We know that we have passed from death to life, because we love our brothers. Anyone who does not love remains in death. Anyone who hates his brother is a murderer, and you know that no murderer has eternal life in him. (1 John 3:14,15)

How can John MacArthur blatantly spew out the opposite without his followers being alarmed and deserting him? To blindly follow a man, any man, will end badly! Dear reader, IF you believe the Bible is final authority, it is apparent John MacArthur and all Calvinists (including flagrant blasphemer Mark Driscoll) are wrong about the spiritual identity of a person and who an apostate is! Their distortions of scripture are presented to protect Calvinism, while it snares precious souls.

Even The World Knows

Not only can Christians tell if another is also a Christian, but even the world can do that (yet Calvinism wants us to deny these facts):

If you belonged to the world, it would love you as its own. As it is, you do not belong to the world, but I have chosen you out of the world. That is why the world hates you. (John 15:19)

By this all men will know that you are my disciples, if you love one another. (John 13:35)

In the Bible an apostate is a person who once had salvation and lost his salvation by turning away from God. Solomon is a prime example, who turned to idolatry at the end of his life and never returned to God! He died an idolater! Judas Iscariot is another example of an apostate. He lost his salvation too. He once held the highest office in the church as apostle (Mt. 10:1-4; Acts 1:17), was promised a throne in heaven (Mt. 19:28) and was Jesus’ trusted friend, yet he died and went to eternal fire (Mk. 14:21; Jn. 17:12)! Other examples are cited in Heb. 6:4-6 and John 6:66. Because apostasy is real, Christians are told to HOLD ON to what they have (Rev. 3:11; etc.).

NOTE: Calvinism’s dribble presented as a true depiction of an apostate has been erected to protect the license to sin called eternal security. With their propaganda they can then use their never saved argument to begin with an answer, when it doesn’t apply to one who was previously saved. Have you ever noticed they never say David was never saved because he turned to adultery and murder? Neither do they say Solomon was never saved because he turned to idolatry! TAKE WARNING! Believe the Bible, not man’s theology! If you go with the flow and follow a man like fluent John MacArthur, you will be of the blind following the blind and it won’t end well for you! Calvinists like MacArthur want you to think one departs from the faith without ever being in it and that one falls from grace without ever being in grace; etc.! Shocking, but true. That is their twisted version of an apostate! As Catholicism has a fabricated Mary, Calvinism has a fabricated apostate. Their apostate was erected, with its glaring contradiction of terms, to protect their false gospel of eternal security.

This entry was posted in Calvinism, The Apostate and tagged apostasy, apostate, apostatize, Calvinism, depart from the faith, john macarthur. Bookmark the permalink.