The leviathan and behemoth are two strange ancient creatures acknowledged in the bible. Both are definite bible mysteries and mentioned in the book of Job. Especially leviathan was strange and furious. 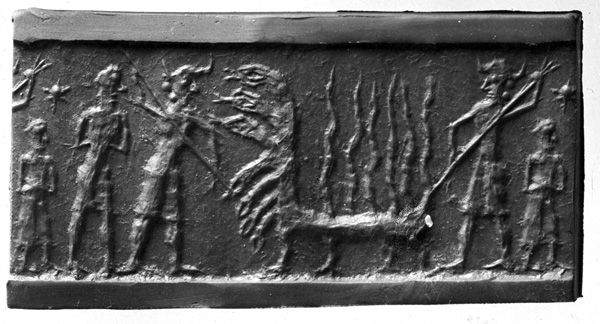 It was a snake-like sea monster with multiple heads!

In that day, the LORD will punish with his sword, his fierce, great and powerful sword, Leviathan the gliding serpent, Leviathan the coiling serpent; he will slay the monster of the sea. (Isa 27:1)

At this point, we know this about leviathan. It:

* had multiple heads
* was a gliding and coiled serpent (snake-like)

Can you pull in the leviathan with a fishhook or tie down his tongue with a rope? Can you put a cord through his nose or pierce his jaw with a hook? Will he keep begging you for mercy? Will he speak to you with gentle words? Will he make an agreement with you for you to take him as your slave for life? Can you make a pet of him like a bird or put him on a leash for your girls? Will traders barter for him? Will they divide him up among the merchants? Can you fill his hide with harpoons or his head with fishing spears? If you lay a hand on him, you will remember the struggle and never do it again! Any hope of subduing him is false; the mere sight of him is overpowering. (Job 41:1-9)

To this day the deep oceans and seas of our world have not been explored. We still don’t really know what is in them! Wouldn’t it be great, if one day the skeleton remains of leviathan were found as proof, for the skeptics? What all has transpired on this planet from when God created it to the present would surely be a mind-blow, if we knew.

Besides leviathan, the Nephilim are even more mysterious! Such Bible mysteries are not vital to know about in every detail, since they are not related to the salvation of the soul, the chief reason we have the Scriptures.