All through the Bible we can gather important facts about God. 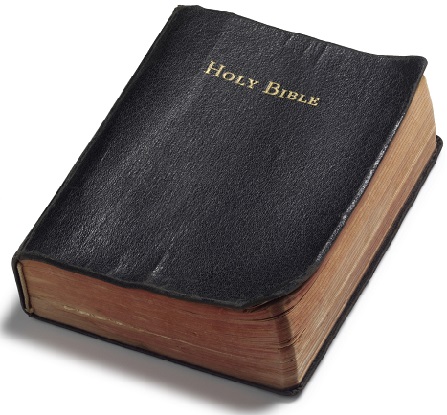 They Craved Other Food

During the days of Moses, while God was providing for the physical needs of his people, the Israelites fell to a food temptation! [Food temptations are not readily mentioned, but several are: Adam and Eve (Gen. 3), Esau (Heb. 12:16), even the devil tempted Jesus to change stones into bread when he was hungry from fasting (Lk. 4:2-4).] In Moses’ day, a food temptation occurred while God was adequately and miraculously providing food (manna) six days a week for the Israelites. They were not satisfied with the taste of the miracle food and wanted meat to eat, which was very serious in God’s eyes:

If Only We Had Meat To Eat

The rabble with them began to crave other food, and again the Israelites started wailing and said, “If only we had meat to eat! We remember the fish we ate in Egypt at no cost–also the cucumbers, melons, leeks, onions and garlic. But now we have lost our appetite; we never see anything but this manna!” The manna was like coriander seed and looked like resin. (Num 11:4-7)

The Miracle of The Quail

Now a wind went out from the LORD and drove quail in from the sea. It brought them down all around the camp to about three feet above the ground, as far as a day’s walk in any direction. All that day and night and all the next day the people went out and gathered quail. No one gathered less than ten homers. Then they spread them out all around the camp. But while the meat was still between their teeth and before it could be consumed, the anger of the LORD burned against the people, and he struck them with a severe plague. Therefore the place was named Kibroth Hattaavah, because there they buried the people who had craved other food. (Num 11:31-34)

Fact About God: They Got The Food They Craved, Then Died

A definite little known fact about God is that he gave the rebellious what they craved, then he struck them dead! In their case it was food other than the abundant manna. He let them gather and hardly taste the quail, but then God killed them. Asaph, when summarizing Israel’s history, mentioned this same event and provided added insights:

They willfully put God to the test by demanding the food they craved. They spoke against God, saying, “Can God spread a table in the desert? When he struck the rock, water gushed out, and streams flowed abundantly. But can he also give us food? Can he supply meat for his people?” When the LORD heard them, he was very angry; his fire broke out against Jacob, and his wrath rose against Israel, for they did not believe in God or trust in his deliverance. Yet he gave a command to the skies above and opened the doors of the heavens; he rained down manna for the people to eat, he gave them the grain of heaven. Men ate the bread of angels; he sent them all the food they could eat. He let loose the east wind from the heavens and led forth the south wind by his power. He rained meat down on them like dust, flying birds like sand on the seashore. He made them come down inside their camp, all around their tents. They ate till they had more than enough, for he had given them what they craved. But before they turned from the food they craved, even while it was still in their mouths, God’s anger rose against them; he put to death the sturdiest among them, cutting down the young men of Israel. (Psa 78:18-31)

It wasn’t God’s will for them to have meat to eat at that point, but God gave them what they craved to their own harm and destruction! That is one of the important facts about God, but little known.