How To Change Your Identity 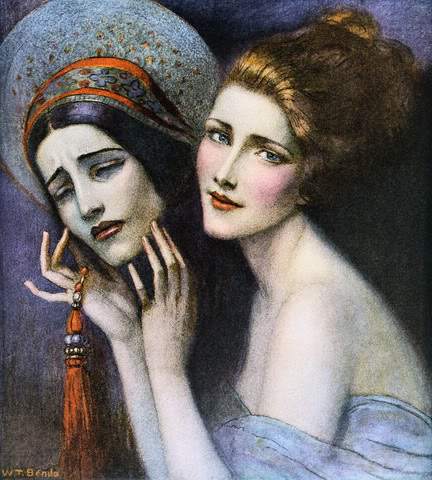 There is a very effective way to successfully change one’s identity which works 100% of the time, but remains hidden even from people who desperately need it, as well as from many who are actively seeking it. For those who find the way, such is good news and it has been called that for centuries. For the same who hear the good news and act upon it, their alteration from within enables them to start a brand new life with a changed identity! Many wicked people, such as thieves, drunkards, witches, Satanists, adulterers, slanderers, homosexuals, swindlers, and others have gotten a fresh start with a brand new spiritual identity before God, and you can too!

The good news just mentioned is commonly called the gospel of Jesus Christ. Paul described it as repentance towards God and faith in Christ Jesus (Acts 20:21). When a sincere and humble person finds forgiveness, his vile ungodly and wicked spiritual identity is instantly changed before God. He passes from death to life and from a child of the devil to a child of God. Clear proof is shown in 1 Cor 6:9-11:

NOTE: Verse 11 says such were some of you (past tense). Their identity changed because they were forgiven. Though man could still recognize them physically, God sees them differently because of the identity change! This is easily seen with the dying thief, who got forgiven and was going to Paradise (Lk 23:42,43), where there will be no thieves (Lk 12:33; 1 Cor 6:9,10)! His identity changed, just as a former slave to sin takes on the spiritual identity as a son of God (Gal 4:7). There is no other way to change your identity before God and find peace with him!

The converse is also possible, that is, a holy and righteous child of God can fall away and reverse his spiritual identity to become an adulterer, drunk, liar, thief, etc. again. If a righteous person turns to idolatry, he will become an idolater (again) in God’s sight (1 Cor 10:7), just as the prodigal son turned to immorality, experienced spiritual death and became lost (Lk 15:24). Hence, one’s current spiritual identity depends upon his present unforgiven sins or his present-tense purified heart by faith in Jesus Christ (Acts 15:9 cf. 1 John 3:10). It is definitely possible to become an enemy of God again (James 4:4). There is NO once saved always saved!

This entry was posted in Spiritual Identity and tagged point of forgiveness, spiritual identity. Bookmark the permalink.

One Response to How To Change Your Identity