A Chilling Encounter With The Spiritually Blind

Recently my wife and I had a chilling encounter with a Baptist’s minister’s wife. After she received our heaven/hell gospel tract and mentioned who she was, I asked if she believed in once saved always saved. She responded, NO. 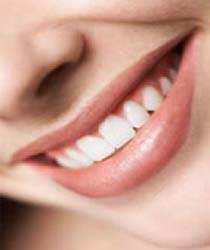 That was sweet music to our ears, but it didn’t last long as she also mentioned she was a backslider. I told her, since that was the case, she is on the road to hell and she agreed. She knew she was no longer a Christian. The chilling part was that she had NO apparent fear of God or concern about going to hell. None! It was absolutely stunning. I have encountered others in the past, who told me they knew they were going to hell, but this woman seemed much worse. She smiled as though she was having her picture taken as she said she knew she was going to hell. Imagine that! I tried reasoning with her about her desperate need for forgiveness and salvation. When I told her that hell was forever and there is weeping and gnashing of teeth there, it temporarily seemed to grab her attention, but it was short lived:

The Son of Man will send out his angels, and they will weed out of his kingdom everything that causes sin and all who do evil. They will throw them into the fiery furnace, where there will be weeping and gnashing of teeth.  (Mat 13:41,42)

She shrugged off the reality of her greatest need — salvation. She was in the greatest danger, earnestly warned about that danger yet she appeared to be unmoved in the slightest way! It was like her heart was a piece of hardened steel! It was chilling to talk with such a person!

Spiritual blindness comes in various degrees and hers was great. One can only read about Solomon’s dead and lost condition as an idolater and attempted murderer in his latter years. There is NO evidence he ever returned to God after he turned away! It isn’t always like that, though. Some return to salvation like King David and the prodigal, but many don’t. May this be a warning to all of the God fearing. Be very careful and walk guarded. Sin will harden and deceive your heart, if you serve it. It will be like being on a drug which dulls your senses and confuses your mind. Don’t think you can just go and sin, then simply ask God for forgiveness and everything will be the same. Backsliders can get saved again, but sin leaves scars and destroyed lives. Of course the tempter will never tell you these things as he trying to get you into spiritual death.

BTW, her husband — that Baptist minister — is disqualified from being in spiritual leadership because his wife is in such a pathetic spiritual condition (1 Tim. 3:11).  I can only imagine trying to have a serious Bible study with a person like that. Her wickedness could easily adversely affect others sincerely seeking God. That is why we read verses like 1 Cor. 5:13 dealing with church discipline and “a little yeast works through the whole batch of dough” (1 Cor 5:6). Saints, take warning. Keep yourself pure.

This entry was posted in A Chilling Encounter With The Spiritually Blind, Spiritual Blindness and tagged backslider, sin, spiritual blindness. Bookmark the permalink.