Deceived By The King James Version Of The Bible KJV 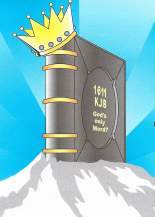 The King James Version of the Bible (KJV) is both a frustrating and deceiving translation to use.  That observation is unusual and strong language in a day when some KJV lovers have exalted this version to God’s only word and his perfect Bible, but it remains factual. How anyone can recognize the seriousness of understanding the Bible and yet exalt this translation to the pinnacle is beyond my ability to understand! The mere fact that there are so many incomprehensible words in the King James Version should, of itself, jar lovers of truth away from this frustrating situation, but it gets even more subtle and sinister in our day!

It is one thing to realize that you don’t know the meaning of a word but a totally different thing to think that you do when you don’t! That will surely lead to deception. 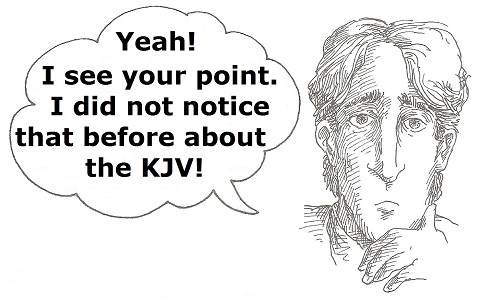 The King James Bible has done that also to its devoted readers!  In other words, there are various words we use in our daily conversations, and they all mean one thing until you read the same words in the King James Version! For example, I just used the word, conversation.  When you read it in the KJV it means BEHAVIOR! That is quite a difference, but adds to the compound problem the readers of this Bible cause for themselves by using this archaic English version. Multiply that type of deception times the different words used in this Bible which mean something else, then multiply it again for all the times those words are found in the KJV.

The King James Version Is A Deceitful Translation

Here is a partial listing of such words (enough to make the point) that the KJV is also a deceitful translation to use:

As a former King James Bible proponent and serious Christian, some of those same words had me deceived for a while. As I earnestly applied myself to learn God’s truth with this translation, it became apparent I was in a frustrating and hopeless task. As discouraged as I was, I didn’t even know about the aforementioned word meanings! That came later and to my surprise. To single out another example, the KJV using the word charity in 1 Cor. 13 instead of love is well known, but not some of the others, especially the word peculiar.

I still remember when my wife and I heard a KJV pastor, from the pulpit, point out one of the elderly saints in the congregation to say he is one of God’s peculiar people. Then he went on to say the saints are odd and strange in this world, which has truth in it, but that isn’t the usage of the word found in Titus 2:14 and 1 Peter 2:9. Peculiar in those verses means the saints are God’s personal private property! Hallelujah! That makes me happy to know I’m God’s personal private property, but that pastor was deceived by the KJV and was innocently spreading that deception on to others. Had a modern reputable translation like the NASB, NKJV, NIV, ESV, etc. been used, that deception would not have existed!