As A Dog Returns To Its Vomit 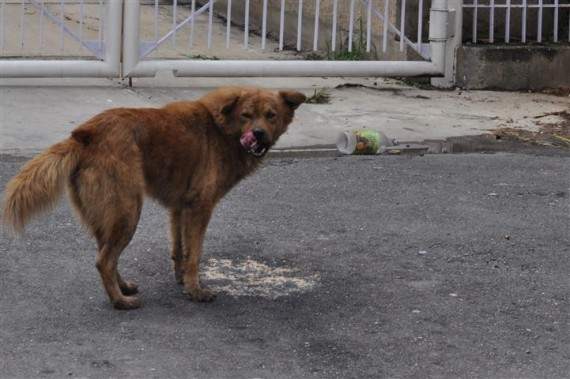 As a dog returns to its vomit is how Peter actually likened certain backsliders who return to sin. Sometimes the eternal security teachers will say if that occurs, such a backslider was never saved and is usually how they try to explain away the following clear passage, which states otherwise. Read this carefully:

A Dog Returns To Its Vomit

If they have escaped the corruption of the world by knowing our Lord and Savior Jesus Christ and are again entangled in it and overcome, they are worse off at the end than they were at the beginning. It would have been better for them not to have known the way of righteousness, than to have known it and then to turn their backs on the sacred command that was passed on to them. Of them the proverbs are true: “A dog returns to its vomit,” and, “A sow that is washed goes back to her wallowing in the mud.” (2 Pet 2:20-22)

So, at a past point the unnamed people escaped the corruption of the world by knowing the Lord Jesus (which can only be the language of true salvation and receiving eternal life), but now they were entangled and overcome again and even in a worse way than before initial salvation. They backslid as they also turned their back on the sacred command.

In defense of the eternal security position, such proponents say they were always dogs and hogs, but never sheep. In other words, they were never saved. Let’s look at the Scripture from which Peter quotes:

A Dog Returns To Its Vomit = Fool

It says a fool repeats his folly, but doesn’t say he was always a fool. To come to that conclusion is to read into that passage something which is not there. The truth is, one’s spiritual identity changes, based on his present tense faith and beliefs. For example, King David was a fool, when he backslid into adultery and murder (and became an adulterer and murderer). Before that time, he was a very godly, faith-filled man, but sin changed that! Here is Scripture to prove one becomes a fool by backsliding:

Some became fools through their rebellious ways and suffered affliction because of their iniquities. (Psa 107:17)

Again, for anyone to read about a dog returns to its vomit in 2 Peter 2:20-22 and conclude it doesn’t refer to backsliders (people once truly saved) is terribly unscriptural. Just because Peter quotes proverbs about them — a dog returns to its vomit — and there they are compared to a fool doesn’t mean such were never saved. Moreover, the truth is, such a backslider is in a spiritually worse condition than he previously was before salvation! This should make the Christians more guarded than ever, but because dangerous false teachers have distorted Peter’s intended meaning, the warning is hidden from some. Don’t play with sin and don’t let the phrase as a dog returns to its vomit describe you!