Especially around Halloween, we hear a lot about ghosts and haunted houses. The Amityville Horror, an infamous house in New York where a person was murdered, was supposed to be haunted with the spirit of a murdered person! Also, at seances the spirit of a deceased person is supposed to be contacted through a medium and said to appear or speak with personal detailed information which seemingly only that person would know! So, how do these things, and ghosts in general, fit in with Scripture? Are ghosts real? What does God’s word say about these things?

When a person dies, if he was murdered or not, his spirit goes immediately into the presence of Almighty God (if he died a righteous man) or into eternal fire (if he died unrighteous). Hence his spirit is not roaming around to haunt houses, graveyards or anything else! However, demons are still very active among us. They do various deceitful things, including formulating doctrinal teachings (1 Tim. 4:1) and possessing certain people (Acts 16:18; etc.). They are directly and heavily involved in witchcraft and spiritism, which includes the use of the Ouija board. Demons want people to believe contrary to the Bible about various issues, including what happens after death, how to get eternal life, etc. 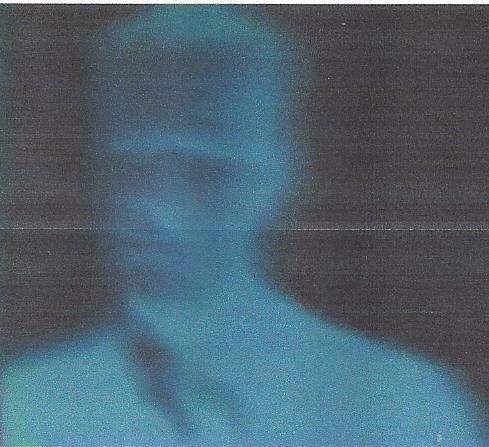 Be assured that all spirit manifestations in a haunted house, seance or otherwise are demons! Demons are not in the lake of fire yet, as some have been taught! They will be one day, but not yet. At this present time, demons (like the holy angels) have been watching us. Since personal private information is revealed at seances, then demons apparently have access to that information and use it in an effort to deceive. So the mystery is solved. The ghosts in haunted houses, as well as the spirit which manifests at seances, are demons and nothing else.

They Thought They Saw A Ghost

BTW, when the disciples saw Jesus walking on the water, they wrongly thought he was a ghost!

He [Jesus] saw the disciples straining at the oars, because the wind was against them. About the fourth watch of the night he went out to them, walking on the lake. He was about to pass by them, but when they saw him walking on the lake, they thought he was a ghost. They cried out, because they all saw him and were terrified. Immediately he spoke to them and said, “Take courage! It is I. Don’t be afraid.” (Mark 6:48-50)

Furthermore, after his bodily resurrection from the grave, the Lord Jesus appeared to his disciples. At that time, they thought again he was a ghost. Jesus proved he wasn’t and that he resurrected bodily by telling them, Look at my hands and my feet. It is I myself! Touch me and see; a ghost does not have flesh and bones, as you see I have:

They were startled and frightened, thinking they saw a ghost. “Look at my hands and my feet. It is I myself! Touch me and see; a ghost does not have flesh and bones, as you see I have.” (Luke 24:37,39)

Jesus showed them the scars of his own redemptive crucifixion in his glorified body of flesh and bones, as proof that they were not looking at a ghost or spirit. If you are a Christian, don’t be afraid. Christians have power over demons by using the holy name of Jesus (Lk. 10:17-20).