What you are about to read and hear is irrefutable proof that listening to so-called Christian music can lead you astray and damn your soul! With that in mind, one of the most dangerous places to be regarding this type of religious deception is in the unguarded local church congregations where the God of the Bible is often misrepresented through music! Here is a glaring and distressing example from the song, He’s Gonna Smile On Me:

He’s Gonna Smile On Me (Lyrics)

He’s gonna smile on me 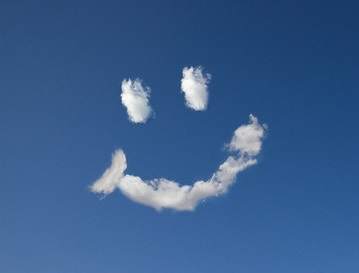 It has a catchy tune, beautiful voices and harmony, but demonic lyrics! [Listen below.] It’s a musical sermon which uses Biblical terms, but is a definite snare to souls! Not a single word about Jesus is mentioned. Not a hint of repentance of sins is suggested. Nothing about denying yourself and taking up your cross daily to follow Jesus unashamedly in this wicked world. Just treat people right and say your prayers at night. That’s NOT the Biblical message!  Prayers to whom? Mary? Michael the archangel? The false god Allah?

What about treating people right? That’s true, but what does that mean? From whose standard? If you offend people with truth like Jesus did (Mt. 15:12) are you treating them right?  How many church folks went to hell because they heard that song and believed those demonic lyrics, excluding Jesus and repentance? Jesus wasn’t smiling on the foolish virgins whose lamps went out and God closed the door on them (Mt. 25:1-12)!

Furthermore, Cornelius was saying his prayers and treating people right, but was on the road to hell. He needed Jesus to have eternal life. See Acts chapter 10.

The social gospel is preached from the pulpits and sung to the professing Christians. WHY? You need an easy message to be popular and “succeed” in our day, but you’ll damn others and yourself by such! Many of the Church songs are so twisted and distorted by false doctrines, the true pastors need to carefully guard what is being sung to protect the sheep. The worship leader should NOT be allowed to talk to the congregation in between songs about religious issues because that too is a major channel of spiritual poison!

In closing, make sure you have something in writing from the Bible to affirm that He’s gonna smile on you! You shouldn’t say He’s gonna smile on me without Scripture, as backing. Without it you will be deceived like many other church people, as sincere as you are, who base their salvation on the song He’s Gonna Smile On Me.