Some Highlights From Acts 1-10 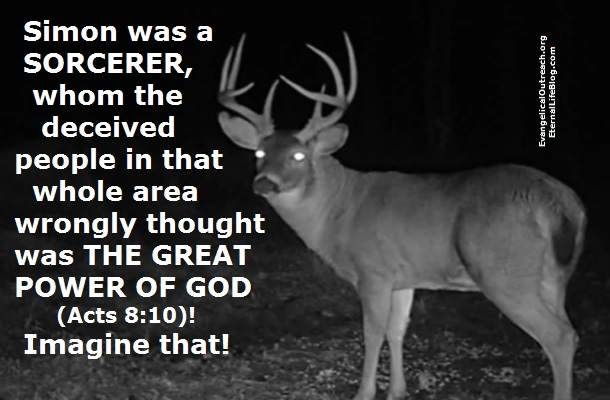 Mary the mother of Jesus was there, but had NO special position, honor or influence among the others (1:14). The saints prayed to God and cast lots to know the Apostolic replacement for Judas, who fell away from the faith. The lot fell to Matthias, who became an apostle at that point.

In Acts 2, the Holy Spirit came and the 120 spoke in tongues and non believers heard them speaking in different foreign languages. Peter preached to them and the people were cut to the heart and said to Peter and the other apostles, “Brothers, what shall we do?” (Acts 2:37) Peter spoke about forgiveness of sins (2:38), which is one of two other times he did the same (Acts 3:19; 10:43). Some get confused and think one must be water baptized to be forgiven, but Acts 3:19 and 10:43 clarify the meaning of 2:38 and reveals it is the repentance which brings forgiveness. That is also how the repentant thief got forgiven and he was never water baptized. For awhile the believers lived in Jerusalem together as in a community and shared what they had. (Later that was no longer the case, as they scattered because of persecution, which broke out after the martyrdom of Stephen.)

Acts 6:3-5 lists 7 men filled with the Holy Spirit. They were humble servants, who were also miracle performing bold soul winners! Stephen and Philip are especially noted. [The Book of Acts mostly deals with Peter in the first half and Paul in the second half. However, Stephen and Philip are also mentioned, performing miracles and boldly witnessing, but neither were apostles.] Stephen became the first martyr in Acts. He preached an unprepared sermon loaded with God’s word (Chapter 7). As truth-haters were killing Stephen by pummeling him with large stones, Stephen called on JESUS at the hour of his death – NOT Mary (Acts 7:59,60). Sadly, many sincere Catholics ignore Stephen’s example and call on Mary at the hour of their death, as they have been wrongly taught. Stephen prayed TO Jesus (Acts 7:59), showing he is NOT Michael the archangel as Jehovah’s Witnesses have been fallaciously taught. In Acts 7:58 we first read of Saul (who later became the Apostle Paul). Saul’s conversion is the GREATEST salvation testimony in scripture, for he is first shown to be a diligent and fierce persecutor of Christians, who later became the mighty apostle Paul! [**BTW, Stephen was also filled with grace (Acts 6:8). The Catholic church teaches Mary was “sinless” because she was filled with grace. If that conclusion would be true (which it isn’t), then Stephen would also be sinless, for he too was filled with grace!]

After Stephen’s death, the church scattered from Jerusalem (except the Twelve). 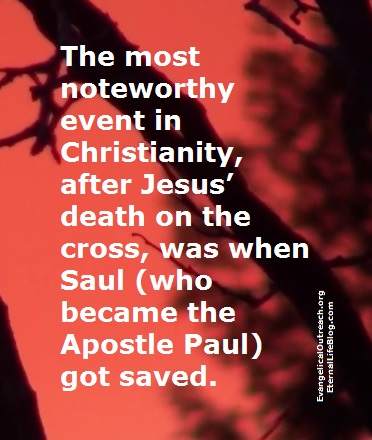 Philip, one of the Seven, now comes to the forefront. He went to a city in Samaria. Through him, “with shrieks, evil spirits came out of many, and MANY paralytics and cripples were healed” (Acts 8:7)! Even a man named Simon got saved as did many others.

==>NOTE: Simon might be the second greatest conversion testimony in Acts, but such is commonly unrecognized and even denied. Simon was a SORCERER, whom the deceived people in that whole area thought was THE GREAT POWER OF GOD (Acts 8:10)! Imagine that! The people there couldn’t differentiate the supernatural power and deeds of the devil through sorcery from the power of God. Folks, the only way that can be done is to examine the message surrounding the supernatural. Remember, there are two sources of supernatural power – God and the devil. God is NOT the only source of supernatural power. That truth is vital to prevent fatal religious deception. Shockingly, Simon the sorcerer did get saved! He came to saving faith and was baptized (8:13), but later when Peter and John came into the area, Simon’s heart was captive to sin (Acts 8:20-24). Simon quickly fell away. If he returned to God again is not known. [Simon’s conversion is flatly, but wrongly denied by the, “I never knew you” group – once saved always saved proponents!]

Philip also led an Ethiopian eunuch, an important official in charge of all the treasury of Candace (queen of the Ethiopians), to Jesus (8:27-38). After baptizing him, Philip was translated to Azotus and traveled about, preaching the gospel all alone in all the towns until he reached Caesarea (Acts 8:40)! [That eunuch was another noteworthy conversion through Philip’s ministry.]

In chapter 9, Saul got struck down and saved on the Damascus road on his way to persecute more Christians! That was the most noteworthy event in Christianity, after Jesus’ death on the cross. [Saul became the Apostle Paul and wrote half of the New Testament.]

Acts 10 is very significant too for it describes a God fearing, praying and generous to the poor lost Roman centurion named Cornelius. An angel appeared to him and told him where to send to get Peter who would tell him the message of how to be saved (Acts 11:13,14). That actual message is recorded in Acts 10:34-43. Cornelius got instantly saved as he believed on JESUS in his heart without speaking a syllable. He was also filled with the Holy Spirit at the same time. Afterwards he was water baptized as a believer. [Infants can’t believe on Jesus and are NEVER baptized in the Bible. Men and women were baptized (Acts 8:12). Infant baptism is not a Christian practice, but a pagan practice.] Also, just being highly religious and generous doesn’t mean one is saved and not on the road to hell, for Cornelius was like that and yet needed salvation. Cornelius needed TRUTH on how to be forgiven and Peter gave it to him, showing the preciousness of the life-giving gospel message. The gospel message is much more valuable than gold. Hence, to preach a false gospel is not only disastrously misleading for those who hear it, but also a damnable sin in itself for all who preach it (Gal. 1:8,9)!

This entry was posted in Some Highlights From Acts 1-10, Uncategorized and tagged book of acts, cornelius, paul, saul, simon. Bookmark the permalink.