How NOT To Study The Bible

Because I was wearing one of my Bible shirts, I had a witnessing encounter with a professing Christian, which might never have occurred otherwise. It turned out that the man was cleaving tightly to various heretical concepts, even after reading the Bible for 40 years! How could such a horrible thing be possible? It commonly happens, especially in the cults, because people approach the Bible with preconceived ideas of what it teaches since that is how they were taught! 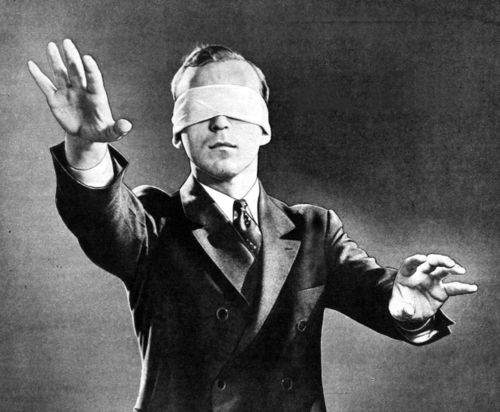 Such people then read over the very verses, which should help them get freed from their false doctrines, yet they remain blinded to the truth. The verses seem to be invisible for they make no impact on their poisonous religious beliefs. The man I dialogued with is an example of this and a mouthpiece for the devil! That man was wrong about:

Those are all very important key issues related to salvation, and which many Scriptures address, yet he seemed unmoved by the Biblical answers given. He was too dedicated to defending the very concepts that are dragging him to hell by misusing Scripture in various ways. The truths I gave him seemed to bounce off him like truth tends to bounce off a closed Jehovah’s Witness or Mormon missionary! Why? Because of his preconceived ideas of what the Bible teaches!

Please know that there are various wrong ways to study the Bible and a common one is to approach it thinking you already know what it says WITHOUT EXAMINING ALL RELATED SCRIPTURES. That was part of his problem! Just like many other false teachers in our day, he was using what he thought were support passages for an allowance of sin which leads to death (see 1 Cor. 6:9,10; Eph. 5:5-7; Rev. 21:8; etc.), with salvation too. That is a good way to describe what the once saved always saved teachers do, that is, they declare a deadly salvation-security-in-sin-false-gospel. Among other things the man stated:

I told him Jesus stated if we disown him, Jesus will disown us (Mt. 10:33) and Paul repeated that same salvation related truth (2 Tim. 2:12), but his faulty indoctrination (and sin) kept him blind! When I mentioned King David backslid and lost his salvation, he answered that, he was a man after God’s own heart! He didn’t know that meant that David would lead Israel in the truths of God and not promote idolatry, like other kings did. He was using that defense argument by unwittingly suggesting that God’s heart was adulterous and murderous, like David’s was when he was a backslider. The acid test question to smoke out a license for immorality would have worked great, if his true identity hadn’t already been revealed. When he brought up the filthy rags argument from Isa. 64:6, he ignored the immediate context that it referred to Israel when backslidden into continuous sin:

You come to the help of those who gladly do right, who remember your ways. But when we continued to sin against them, you were angry. How then can we be saved? (Isa 64:5)

His mind was made up and he wasn’t going to repent of his sin or be influenced by the truth. He seemed to be ruined and beyond repair! How he ever initially got that way is unknown to me, but without a doubt he was wrongly studying the Bible, that is, with a preconceived idea of what it says rather than accepting what is in the verse/s. Dear read, TAKE WARNING! If you have been doing this, stop immediately for your own SOUL’S sake.

Evangelical brother Dan Corner is a Bible holiness preacher, teacher and soul winner. Most importantly he is a Christian and former Roman Catholic.
View all posts by Dan Corner →
This entry was posted in Evangelism, How NOT To Study The Bible, Once Saved Always Saved, Study The Bible and tagged Bible study, learn the Bible, read the Bible, study the Bible. Bookmark the permalink.