How To Study The Bible – The Right Way Part I

This is part one in how to study the Bible to learn its actual message. To do this right, you have to be a type of good detective, who is thinking and examining the evidence unbiasedly! 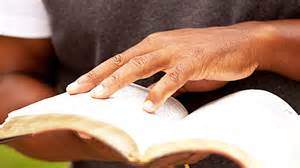 Of course, scripture can be twisted and distorted to come up with basically anything you want it to say. A prime example is the following misuse:

How To Study The Bible — Who Is Speaking

You must consider who is speaking when examining a particular text in question! The Bible is TRUTH, as it occurred, but sometimes the speaker is a deceiver or a liar distorting the issue/s.

The devil LIED to Eve about the seriousness of sin and his wicked lie is recorded in the Bible:

The serpent (or devil) LIED to Eve, as we know from other verses and the character of the devil. Hence, the speaker is NOT trustworthy in that case. This is obvious with him, but the same is shown here with a false prophet:

We should ask ourselves, Who was Hananiah? Additional scriptures show he was a false prophet, one who opposed the message Jeremiah (a true prophet of God) was speaking. So although Hananiah said, “This is what the LORD Almighty, the God of Israel, says” he was LYING! God didn’t send him with that conflicting message!

A third example is found in the NT:

“We have heard Stephen speak words of blasphemy against Moses and against God.” (Acts 6:11)

The surrounding verses to Acts 6:11 show that was a false accusation against Stephen, the man of God. His enemies couldn’t stand up to his wisdom or the Spirit by whom he spoke as he taught about JESUS and refuted their false doctrines! Stephen was not a blasphemer, though he is described as such; and as the bible says in Acts 6:11 that he was guilty of! He was a powerful man of God, who was filled with grace (Acts 6:8).

Remember: A good bible detective will examine all related evidence from scripture. He will answer for himself, among other things:

Remember that truth to learn how to study the Bible the right way.

This entry was posted in Christian, How To Study The Bible - The Right Way Part 1 and tagged Bible study, false prophet, how to study the bible, who is quoted, who is speaking. Bookmark the permalink.