It should be common knowledge by now that the King James Version of the Bible is not understandable. How such readers can ignore this pinnacle issue and continue with it remains a mystery to me. Have some gone even further and closed their eyes to glaring translation problems? 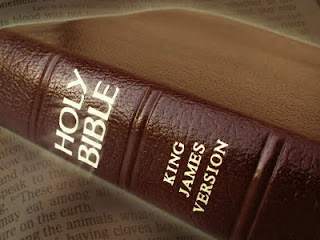 There is definite evidence to suggest such! For the ones who have made it from cover to cover, some very outlandish KJV translations will surface! In fact, one KJV error, especially, is a shocking (even blasphemous) attack on the holiness and purity of Almighty God! It is found in the OT book detailing Jonah in the fish. To be more precise it is Jonah 3:10:

And God saw their works, that they turned from their evil way; and God repented of the evil, that he had said that he would do unto them; and he did it not. (KJV)

God Repented Of The Evil

As much as the stubborn KJV defenders try to minimize that glaring KJV translation error, it remains a blow to God’s character the way it literally reads! The reading God repented of evil is reprehensible! That, of course, is NOT the way it should be translated and is NOT how it should be understood! That is why reputable translations render, the same phrase in question, much differently and in a way which doesn’t strike against God’s holy and pure character:

When God saw their deeds, that they turned from their wicked way, then God relented concerning the calamity which He had declared He would bring upon them. And He did not do it. (NASB)

When God saw what they did, how they turned from their evil way, God relented of the disaster that he had said he would do to them, and he did not do it. (ESV)

When God saw what they did and how they turned from their evil ways, he relented and did not bring on them the destruction he had threatened. (NIV)

To read in the KJV that God repented of evil once is sickening and confusing enough, but to read it two other times is even worse:

Who can tell if God will turn and repent, and turn away from his fierce anger, that we perish not? (Jonah 3:9, KJV)

And he prayed unto the LORD, and said, I pray thee, O LORD, was not this my saying, when I was yet in my country? Therefore I fled before unto Tarshish: for I knew that thou art a gracious God, and merciful, slow to anger, and of great kindness, and repentest thee of the evil. (Jonah 4:2, KJV)

Especially since the literacy rate in our day has decreased and learning the message of the Bible from reading it first hand is so vital, the KJV remains a serious stumbling block and snare to one’s spiritual comprehension, especially for a new Christian. It was a major personal blessing for me to break away from the King James version of the Bible to read other reputable translations. My spiritual understanding skyrocketed. Dear reader, the same is true for YOU! Don’t go with the KJV only flow. You MUST be able to understand the Bible, without the many different types of hindrances found within the KJV, including the God repented of the evil ones! This is too important. God bless you. 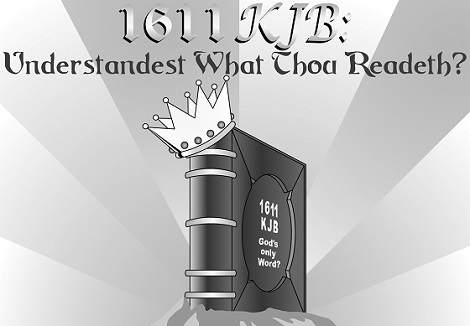