KJV Only Propaganda and Implications 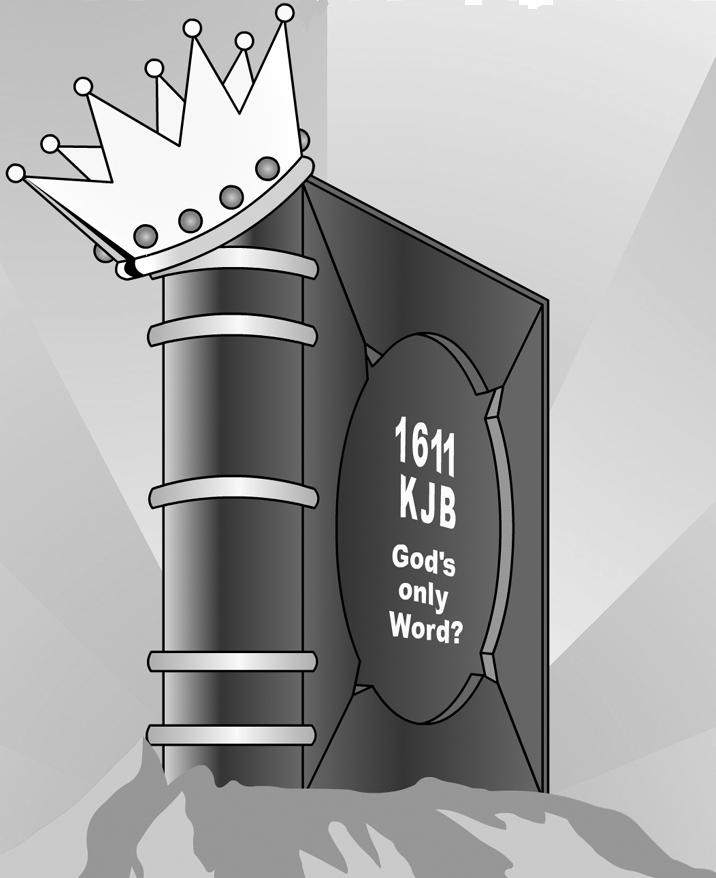 According to the KJV Onlyites, the KJV is the one and only word of God. To them, all other translations are only counterfeits and perversions, but not God’s word. Such people spend much of their time, energy and resources promoting their strange message about the superiority of the KJV translation, even above and before spreading the very gospel of the Lord Jesus Christ, which alone can get SOULS saved! That suggests their divisive KJV message is more important to them than the life-giving gospel itself! So what is included in their message and what are the shocking implications?

KJV Onlyites Teach The KJV Is Not Hard To Understand

The most obvious reason why the KJV should NOT be used in our day is it is too hard to understand. When I have presented that fact, more than one KJV onlyite has communicated to me that they know people with very little education, who have no problems understanding the KJV! What a shocking response! To that I have responded that they themselves can NOT understand the KJV and I have added that if they disagree, please tell me what 2 Cor. 6:12 says in the KJV:

NEVER has any of the same KJV onlyites ever responded with their understanding of that verse or even tried to do so! Not even one! But 2 Cor. 6:12 is only one verse, among possibly hundreds, which can’t be understood from the KJV. So sometimes KJV onlyites suggest that we carry a Webster’s Dictionary around with our KJV bibles to look up the strange KJV words and pick from the multiple possible definitions. To them, that will resolve the comprehension problems. It is that simple, according to some! But folks, who wants to carry a large and weighty dictionary around to look up words from the KJV; and if one does this, how will he know he is picking the correct definition of the KJV word in question? Very few people will carry such a special dictionary and make the right choice of its meaning! Also, their only word of God (the KJV) is not complete without the right kind of Webster’s dictionary to look up the KJV words! That alone should imply something is very wrong, but they can’t see it. Why? Maybe it’s because of their primary KJV only argument!

KJV Onlyites Teach That Words Are Left Out

The most popular KJV only argument is the NASB, NIV, etc. have all left out words, which are found in the KJV. Such words might be repentance, blood, etc. and in the minds of the KJV readers, that settles it! To them, the KJV is the whole truth and all others must be perversions and corrupt as they have been hearing. Such an argument is based on ignorance. While it is true the particular word in question might not be in the other translations, it isn’t there because those translations are based on different Greek manuscripts! Hence, their argument is falsified by that bit of information. KJV Onlyites are using the KJV translation itself as the standard of what should or should not be included in a verse, instead of the actual Greek manuscripts!

Different than the KJV translation is the Greek manuscript it is based on, which leads to a different issue – which edition of the Textus Receptus (TR) is the best? Again, manuscript controversy is different than the KJV only controversy. Why? Because there are other English translations based on the TR and they strongly oppose the KJV and even cite various errors in the way the KJV has translated verses! Both Green’s and Young’s translations are examples of that! Jay P. Green, Sr. stated:

In many places in the old version there are translations that fail to squarely meet the meanings of the original words, as recognized by nearly everyone. And for this reason in the margins that have appeared in many KJV Bibles for the past 250 years can be found suggested changes, or alternate translations [Modern King James Version, 1990 ed., preface, emphasis mine].

Their Own Argument Bites Them!

Getting back to the KJV Only argument that word/s are left out, it might be a great surprise to some to know the KJV has also left out words! For example, the KJV has left out the word “me” in John 14:14 and by doing so has concealed that Jesus taught we can pray to Jesus for prayer answers!

John 14:14 in various reputable versions has the word me and that parallels the truth that the early disciples did pray to Jesus (Acts 7:59,56; 1 Cor. 1:2). John 14:14 shows Jesus taught to pray to himself, which implies the deity of Christ. That same doctrine about Jesus teaching to pray to himself is totally excluded in the KJV!

The KJV Onlyites also imply they are saved yet others are UNSAVED because they don’t use the KJV! How? By their misuse of 1 Cor. 2:12-16, which state that saved people can understand the word of God (which to them is the KJV). Hence, if you say you can’t understand the KJV, then such people deduce you are without the Holy Spirit and therefore unsaved, while they themselves (the KJV users) are spiritual people!

Similarly, by implication they do the same from Rev. 22:18,19 where the divine curse is placed on adding to or taking from that book of prophecy. Since they think other versions have left out various words, then to them God will take away their salvation (or name from the book of life) for using a translation which has done that! The end result and conclusion to such, from their KJV Only perspective is: To be saved you must use the KJV and if you say it is too hard to understand, then you aren’t saved because you don’t have the Holy Spirit to explain the meaning to you, and there is also a divine curse on you because the translation you use has left out words! That is not only error, it is cultic and dangerous!

The truth is: The KJV is only a translation of the Bible. It is only one English translation of many translations. The KJV translators were NOT inspired! It was much better positioned to help people understand God’s word in the early 1600’s, but since the English language has changed over time, those changes will confuse and mislead those who apply today’s word meanings to the KJV. That is only part of the problem, which is severely compounded with all the archaic words. The KJV is a major hindrance to understanding God’s word. It will surely frustrate the new Christian and make him much easier prey for false teachers and bizarre teachings. It discourages Bible reading. Don’t be duped by the aggressive and divisive KJV onlyites of our dark hour. They are actually part of the problem, not the solution! Don’t be deceived or bullied into using the KJV, if you are a young minister. You need to understand what the Bible says and others you are preaching to need to have it clearly stated! It is spiritually critical. God bless you.

Evangelical brother Dan Corner is a Bible holiness preacher, teacher and soul winner. Most importantly he is a Christian and former Roman Catholic.
View all posts by Dan Corner →
This entry was posted in King James Bible, KJV Only Propaganda and Implications and tagged 1 cor. 2:12-19, king james version, kjb, kjv, kjv cult, only kjv people are saved, rev. 22:18. Bookmark the permalink.