I have fought the good fight, I have finished the race, I have kept the faith. Now there is in store for me the crown of righteousness, which the Lord, the righteous Judge, will award to me on that day–and not only to me, but also to all who have longed for his appearing. (2 Tim 4:7,8) 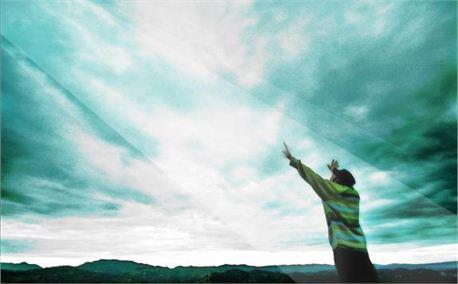 All Christians can, therefore, qualify for the crown of righteousness, but it will only be given out on the basis of longing for or loving Jesus’ appearing! NOTE: God knows what one has in his heart and if he fits that description or not. (Hence, there are no secret sins.) To long for or love Jesus’ appearing reflects how this cursed age, with its flood of sins and deceptions, is so repulsive to the heart of certain people (the righteous ) that they want nothing to do with it. Such want Jesus to appear, who will put a quick end to that and this world system the Christian is now suffering under. This is a hostile spiritual environment and not the saint’s home. As happened to righteous Lot while in Sodom, we Christians are tormented by what we see and hear from the wicked (2 Pet. 2:8) and want it to come to an end.

Christians Long For The Appearing Of Christ

It should be mentioned that the same Greek word for appearing as found in 2 Tim. 4:8 is also in 2 Thess. 2:8. There a very important event occurs:

And then the lawless one will be revealed, whom the Lord Jesus will overthrow with the breath of his mouth and destroy by the splendor of his coming. (2 Thess 2:8)

So what kind of appearing of Christ will it be? It will be a bright or splendorous appearing and not a secret return like the Jehovah’s Witnesses have stated — an invisible spiritual return of Christ in 1914!

The appearing of Christ, which destroys the antichrist (2 Thess. 2:8) is specifically mentioned in Rev. 19:11-20 where the reign of antichrist (the beast) comes to an abrupt end:

But the beast was captured, and with him the false prophet who had performed the miraculous signs on his behalf. With these signs he had deluded those who had received the mark of the beast and worshiped his image. The two of them were thrown alive into the fiery lake of burning sulfur. (Rev 19:20)

The Glorious Appearing of Christ

Finally, Titus 2:13 described Jesus’ appearing as the glorious appearing of our great God and Savior, Jesus Christ. How sad it is that most of the professing Christians have been duped into believing in an any moment pre-tribulation rapture instead! They are a disaster waiting to happen as far as not being more prepared for super rough days before the Lord’s return.

Getting back to 2 Tim. 4:8 and longing for or loving Jesus’ appearing, Christians are also looking forward to a new heaven and new earth (2 Pet. 3:13) and longing for a heavenly country (Heb. 11:16). Exciting days are ahead for the faithful to God, who endure to the end. That includes much more than receiving the crown of righteousness.

Evangelical brother Dan Corner is a Bible holiness preacher, teacher and soul winner. Most importantly he is a Christian and former Roman Catholic.
View all posts by Dan Corner →
This entry was posted in Crown Of Righteousness, Spiritual Crowns and tagged 2 Tim. 4:8, heavenly crowns, longing for Jesus' return, loving Jesus' return. Bookmark the permalink.