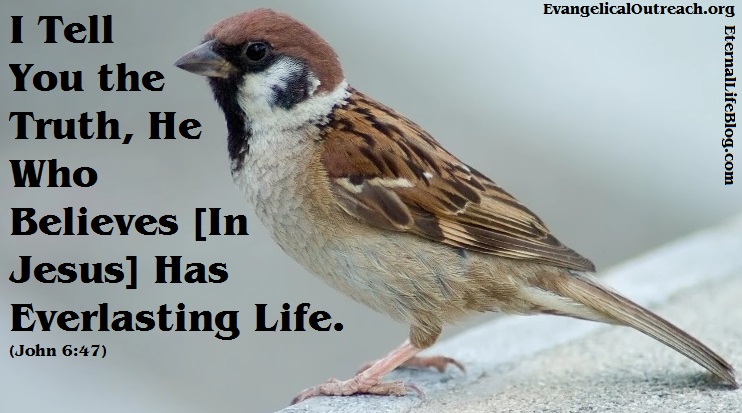 Eternal life is a commonly shared term used by both Mormons (of the LDS church) and Christians, but the term means something vastly different to each. Mormonism teaches:

Here, then, is eternal life – to know the only wise and true God; and you have got to learn how to be gods yourselves, and to be kings and priests to God, the same as all gods have done before you, namely, by going from one small degree to another, and from a small capacity to a great one; from grace to grace, exaltation to exaltation, until you attain to the resurrection of the dead, and are able to dwell in everlasting burnings, and to sit in glory, as do those who sit enthroned in everlasting power…. (Bruce R. McConkie, Mormon Doctrine, 1966, p. 321, bold emphasis mine)

That is strange and dangerous enough to reject all of Mormonism, but the following quote adds to their astoundingly destructive view of eternal life. Under the subject of the Book of Mormon, their own book says:

And those who receive it [the Book of Mormon] in faith, and work righteousness, shall receive a crown of eternal life; but those who harden their hearts in unbelief, and reject it, it shall turn to their own condemnation (Doctrine and Covenants 20:14,15, bold emphasis mine)

According to Mormonism, one must accept their false Scriptures to get eternal life and to correctly reject the Book of Mormon will mean condemnation! The real truth is, eternal life is both the life of God and what a person gets this side of the grave when he truly has the Lord Jesus Christ, who is eternal life. That is also when one passes from death to life and becomes a new creation in Christ:

I tell you the truth, he who believes [in Jesus] has everlasting life. (John 6:47)

[Dan Corner firmly believes the message of the Book of Mormon and Mormonism as a whole are a spiritual snare and stumbling block for people who want the eternal life mentioned in the Bible.]