Midnight is the darkness point of the night – the middle of the night. Various important scriptural events occurred at that DARKEST point. Carefully ponder the following. There are important truths to be gleaned.

The first Passover was a very special event for the Israelites 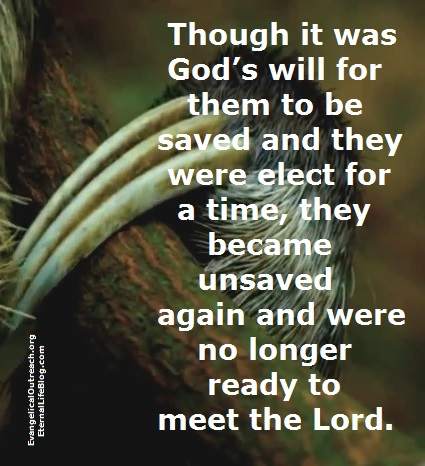 and which they were to observe for generations afterwards. It was their miraculous liberation from Egyptian slavery which lasted 4 centuries! Judgement on Egypt came at midnight, when the death angel passed over and the firstborn of the Egyptian children were struck dead, causing Pharoah to release the Israelites:

The start of a major turning point for them occurred at midnight! In the NT, we read:

Get rid of the old yeast that you may be a new batch without yeast–as you really are. For Christ, our Passover lamb, has been sacrificed.  (1 Cor 5:7)

The Unnamed Writer of Psalm 119

The Holy Spirit writer of Psalm 119 was a powerful, dedicated and zealous servant of God, who would rise out of his bed at midnight to thank God for his commands! Imagine that! When it was prime time to be sleeping, he was instead thanking God for his commands:

At midnight I rise to give you thanks for your righteous laws. (Psa 119:62)

(Read Psalm 119 to be stirred. The unnamed Psalmist was very close to God and many verses in that chapter reveal that.)

What a stirring study the Ten Virgins is (Mat 25:1-13)! It totally demolishes the satanic teaching of eternal security. All 10 virgins were once saved and waiting for their Lord to arrive. Over time, 5 (or 50%) were no longer ready. Their spiritual lamps went out and they had no extra oil! At midnight the cry rang out to meet their bridegroom (Mat 25:6), but half were no longer able. It is non specific as to why that occurred, but it proves freewill and human responsibility after initial salvation do indeed affect one’s ongoing relationship with God! If their salvation was a guarantee, which it would be if the saved were unconditionally kept, protected, guarded, etc. by God, then their apostasies could NOT have happened! Though it was God’s will for them to be saved and they were elect for a time, they became unsaved again and were no longer ready to meet the Lord. Referring to them Jesus said:

What crushing words to hear for those who once had salvation! The conclusion to Jesus’ teaching is simple. The saints are warned how to prevent that same thing from happening to them with these words:

Therefore keep watch, because you do not know the day or the hour. (Mat 25:13)

Paul, Silas and the Jailer at Midnight

Paul and Silas were unjustly beat and locked in jail at Philippi because Paul cast a demon out of a fortune teller! But that is far from the end of the event:

About midnight Paul and Silas [from jail] were praying and singing hymns to God, who tests us. Sometimes they are very severe.” src=”https://www.evangelicaloutreach.org/images/God-tests-spiritual-tests.jpg” alt=”God tests” width=”330″ align=”right” hspace=”10″ vspace=”10″ /> and the other prisoners were listening to them. Suddenly there was such a violent earthquake that the foundations of the prison were shaken. At once all the prison doors flew open, and everybody’s chains came loose. The jailer woke up, and when he saw the prison doors open, he drew his sword and was about to kill himself because he thought the prisoners had escaped. But Paul shouted, “Don’t harm yourself! We are all here!” The jailer called for lights, rushed in and fell trembling before Paul and Silas. He then brought them out and asked, “Sirs, what must I do to be saved?” (Acts 16:25-30)

That occurred in the middle of the night. It was a crisis time for the jailer, but he knew, in his distress, what to ask and who to ask. At midnight, the jailer heard wonderful words of life in answer to his question:

They replied, “Believe in the Lord Jesus, and you will be saved–you and your household.” (Acts 16:31)

The devil has done a great job of confusing that salvation truth by changing the meaning of the word “believe,” as needed for salvation. To that jailer, he knew “believe” meant to have a faith and trust in the Lord JESUS for his salvation – a faith which OBEYS. So at midnight, that jailer passed from darkness to light, then he was immediately water baptized as a believer!

Painful and severe tests come to Christians – even the most dedicated Christians when they are in the midst of serving God! We must endure them. This happened to Paul, as we read:

On the fourteenth night we were still being driven across the Adriatic Sea, when about midnight the sailors sensed they were approaching land. (Acts 27:27)

That led to a shipwreck when it was cold, raining and dark. Once on land, Paul, as a prisoner, was gathering wood, when he was bitten by a poisonous snake! One painful and troubling severe problem after another crashed down on him, but he endured and a door opened up for him to pray for and lead more to salvation! Eventually after that midnight hour event, came a better time for Paul.