Though good and evil are opposites, they are not always easy to distinguish or recognize one from the other! In fact, hundreds of millions if not billions can’t and are suffering in HELL because of it. Ponder the following related scripture carefully:

But solid food is for the mature, who by constant use have trained themselves to distinguish good from evil. (Heb 5:14)

An example of this is what was aired on TV, as shared to us by an acquaintance. Two people stopped to help two others. Later, the two people who stopped to help were identified in a picture and both were dead! How could that be? Did they become angels, like the person who told us thought? The implications of that alleged experience are:

Just by considering those implications from various scriptures, 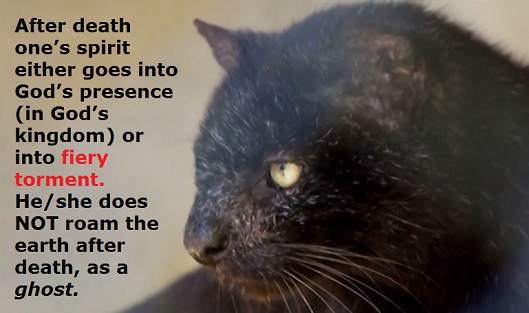 we know that experience is not “good” as it may appear! Clearly, after death one’s spirit either goes into God’s presence (in God’s kingdom) or into fiery torment. He/she does NOT roam the earth after death as a ghost.  Furthermore, angels are all created beings. A person does not change into an angel after death.

So IF that experience really did occur, which can’t be proven, then the explanation is, demons are trying to lead us to believe apart from the biblical message. What appeared to be good, was actually evil, because it would lead people into an occultic new age belief system, which is unscriptural.

Catholicism claims various miracles and healings associated with different Marian apparitions. Could it be that Mary, the mother of Jesus, is somehow behind those apparitions and healings? Aren’t healings good? What could be wrong with a physical healing?

IF one believes the supernatural source behind the Marian apparitions of Fatima, Portugal and Lourdes, France — which include healings — then the heretical religious message goes with it! It’s a package deal. In the case of Fatima, where million visit the shrine each year, that message includes:

That is glaring spiritual error and, therefore, evil. 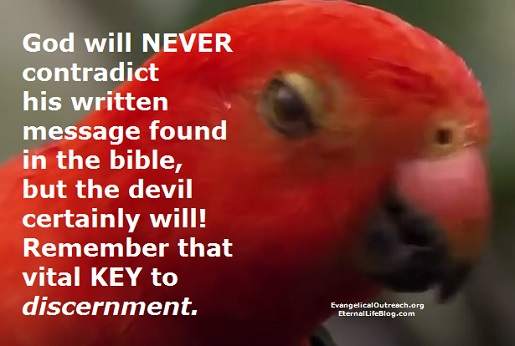 Hence, again, we observe that what appears to be good on the surface via physical healings, is actually evil, because it is associated with idolatry and a false gospel. So how can we further answer diehard Catholics? The answer is shocking, but biblical, that is, the devil can come as an angel of light (causing visions), 2 Cor. 11:14. Also, demons can definitely cause miracles:

They are spirits of demons performing miraculous signs, and they go out to the kings of the whole world, to gather them for the battle on the great day of God Almighty. (Rev 16:14)

We analyze the religious message and not merely the sign, wonder or miracle! Remember that. Also remember that the antichrist himself will come with miracles, signs and wonders:

The coming of the lawless one will be in accordance with the work of Satan displayed in all kinds of counterfeit miracles, signs and wonders, and in every sort of evil that deceives those who are perishing. They perish because they refused to love the truth and so be saved. (2 Thess. 2:9,10)

Into The New Age

Sri Sathya Sai Baba, the astounding miracle performer from India, can materialize things! Isn’t that “good” if it can be used for a physical healing? NO! Along with his miracles and healings is this belief: 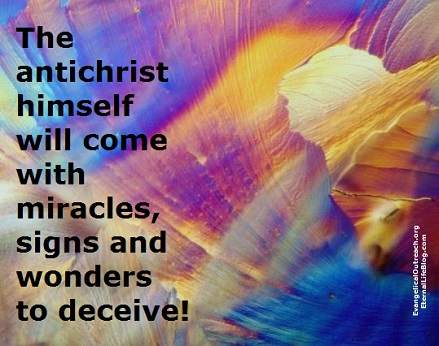 (1 Cor. 8:6). Again, the religious message associated with any vision, miracle, healing, experience, etc. must be considered to know if such is “good” or “evil.” If you focus merely on the attention-getting miracle or sign, you will be deceived. God will NEVER contradict his written message found in the bible, but the devil certainly will! Remember that vital KEY to discernment, so you won’t be lethally deceived about what is good and evil. Such even includes near-death experiences, which mostly contradict the bible.