Recently, Sun Myung Moon, the founder of the Unification Church and author of the Divine Principle, died at the age of 92. 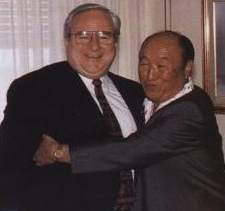 He is clear proof that false teachers can gain a large following and become very rich in this life! (Moon gave millions away to different organizations and causes, including to Jerry Falwell’s college.) Moon was one of the most obvious false Christs in our generation, that is, obvious if one knows the Biblical message. Jesus warned that people like Moon would come, but still hundreds of thousands worldwide were, and still are, religiously deceived through the Unification Church. This is very sad. 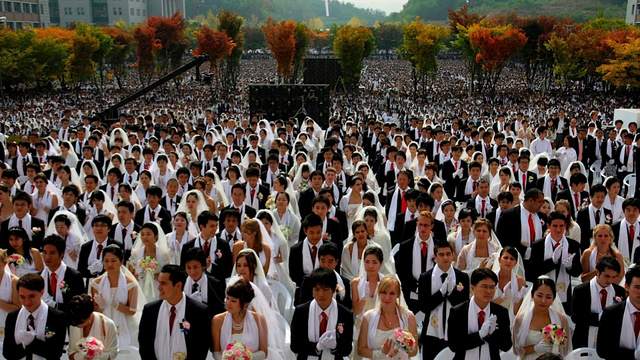 Moon is noted for strangely conducting mass weddings for thousands at a time! As unique as that was, the most repulsive part of his whole ministry was his blasphemous lies that the Lord Jesus failed his mission and that Jesus himself called Moon when he was 16 years of age to personally complete it! Moon claimed to be the Lord of the Second Advent and the messiah. For people influenced by Moon’s visions, there remains a major problem, that is, various visions allegedly from God contradict other visions allegedly from God. To get more specific, the visions in Mormonism, Catholicism, Seventh Day Adventism and the Unification Church all contradict each other, yet all are supposed to be from God! Few seem to know the devil can appear as an angel of light and produce a vision (and or miracle) to mislead people. Perhaps that lack of information is a major reason why people were duped by Sun Myung Moon!

I have witnessed to more than one of Moon’s captives who were trying to sell flowers along the roadside. All seemed sleep deprived, but deeply committed to their cause. They were also grossly unaware of the Biblical message. As with other unsaved people, sadly a spiritual veil seemed to be over their hearts. Hopefully, the truth they heard brought forth fruition over time.

The party is now over for Moon. His popularity, respect and money can’t help him now. If he was somehow self-deceived to that extreme degree or just another deliberate deceiver, he knows now that what he taught was spiritual poison for one’s SOUL, even his own! Unlike the Lord Jesus, who raised bodily from the grave, Moon’s body will just rot away until it returns to dust. His works will follow him, but for him that is most disastrous:

God “will give to each person according to what he has done.” To those who by persistence in doing good seek glory, honor and immortality, he will give eternal life. But for those who are self-seeking and who reject the truth and follow evil, there will be wrath and anger. There will be trouble and distress for every human being who does evil: first for the Jew, then for the Gentile; but glory, honor and peace for everyone who does good: first for the Jew, then for the Gentile. For God does not show favoritism. (Rom 2:6-11)

Behold, I am coming soon! My reward is with me, and I will give to everyone according to what he has done. (Rev 22:12)

Our days are very perilous. Religious deception of various types abound. Unless one spends quality time directly in the Bible, especially the New Testament, he will be easy prey for the devil and his impressive servants. Folks, read, ponder and memorize Scripture with a willingness to change accordingly. Put God’s word into practice and rest assured that when the Lord Jesus said from the cross, It is finished (John 19:30), it was. Our redemption has been paid for by Jesus’ holy cleansing blood. Simple but basic, yet disastrously rejected by Sun Myung Moon.