How can a thief  make it right? Since stealing is a unique sin it is different from others.

People who steal are grouped with other sinners who will not inherit God’s kingdom (1 Cor. 6:9,10), but with Jesus, getting forgiven is available for them too (1 Cor. 6:11).

Unlike other sins, a thief is to make restitution along with his repentance. That restoring what was taken, according to Scripture, varies. Here are related Scriptures:

If a man gives his neighbor silver or goods for safekeeping and they are stolen from the neighbor’s house, the thief, if he is caught, must pay back double.  (Exo 22:7) 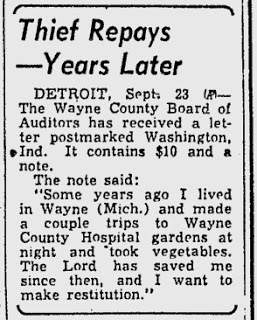 A thief must certainly make restitution, but if he has nothing, he must be sold to pay for his theft.  (Exo 22:3)

Men do not despise a thief if he steals to satisfy his hunger when he is starving. Yet if he is caught, he must pay sevenfold, though it costs him all the wealth of his house. (Prov 6:30,31)

To merely ask God for forgiveness, without a willingness to restore what was stolen, is not Scriptural. The stolen item/s must at least be returned plus more, according to those Scriptures! An exception to this, however, was the dying repentant robber crucified next to Jesus, who couldn’t make restitution. He had no chance of making restoring the stolen goods, yet he got forgiven and entered Paradise (Lk. 23:42,43). God knew the circumstances and his sincere HEART, even in those unique circumstances.

Along with getting forgiven goes a spiritual identity change. That is shown in 1 Cor. 6:11 with the past tense word were. Among such are forgiven alcoholics, adulterers, and thieves. There are so many wonderful things that happen at the point of salvation that it is almost to fully understand it all. The point is God no longer views a person who has stolen things and has truly repented as a thief.