Ugly and Painful SORES Awaiting The Mark of the Beast Recipients

Super action packed days are ahead when the events surrounding the mark of the beast unfold. 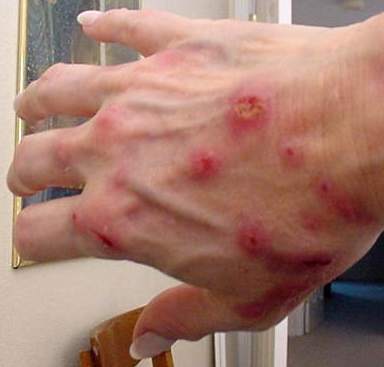 Of course, the issuing of the mark of the beast and the satanic reign of the antichrist has the attention of even the world in our hour. Too few seem to be fully aware of the ugly and painful sores which will break out on those who take the mark!

Then I heard a loud voice from the temple saying to the seven angels, “Go, pour out the seven bowls of God’s wrath on the earth.” The first angel went and poured out his bowl on the land, and ugly and painful sores broke out on the people who had the mark of the beast and worshiped his image. (Rev 16:1,2)

The fifth angel poured out his bowl on the throne of the beast, and his kingdom was plunged into darkness. Men gnawed their tongues in agony and cursed the God of heaven because of their pains and their sores, but they refused to repent of what they had done. (Rev 16:10,11)

Observations About Those Painful and Ugly Sores:

GREATEST DANGER: The sin of taking the mark of the beast is not forgivable, unlike what five point Calvinist John MacArthur and other false teachers declare. 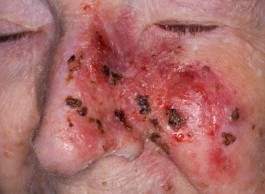 [It is to your spiritual DISadvantage to listen to or read anything from heretic John MacArthur.] Those who take the mark of the beast will be tormented with burning sulfur, as the angelic warning stated (Rev. 14:9-12).

The reign of the antichrist is only 42 months (Rev. 13:5) and it will be ended by the return of the Lord Jesus Christ at Armageddon. Hence, for a Christian to defect by taking the mark, will cost him his salvation (over that single act) plus inflict him with extremely serious pain from ugly sores. He will only live another 42 months maximum in an utterly crazed society with the ability to buy or sell. Such is a most serious error, since the SOUL of man is his most valuable possession!

This entry was posted in Mark of the Beast, Ugly and Painful SORES Awaiting The Mark of the Beast Recipients and tagged antichrist, body sores, False Teachers, john macarthur, mark of the beast, painful and ugly sore. Bookmark the permalink.