The adverse impact that violent video games has on youths should already be apparent, but if not, here is even more proof. 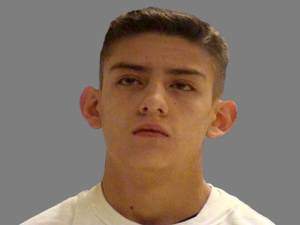 Nehemiah Griego, the 15 year old son of a pastor, recently murdered his father, his mother and three siblings:

The 15-year-old accused of gunning down his family was “unemotional” during his confession, but gushed when he spoke about violent video games, New Mexico police said …. After his arrest, he told investigators he was “frustrated” with his mother, but only seemed to show emotion when he spoke about video games he loved, such as “Modern Warfare” and “Grand Theft Auto.” ( http://www.nydailynews.com/news/crime/n-m-teen-heavily-involved-violent-video-games-officials-article-1.1245769 )

Adam Lanza, who shocked the world as he recently

Gunman Adam Lanza had reportedly kept thousands of dollars worth of violent video games in his home. NRA leader Wayne LaPierre said “vicious, violent video games” — and not guns — are to blame, in part, for America’s violent culture. ( http://www.nydailynews.com/news/crime/n-m-teen-heavily-involved-violent-video-games-officials-article-1.1245769#ixzz2Ivx57rVe )

Our society is very violent and God hates violence. Did you know, in part, violence was a major reason why God destroyed earth’s population with the Great Flood in Noah’s day (Gen. 6:11-13). It is sadly turning that way again and violent video games are a major contributor. BTW, did you know murder is one of the predominant sins of the last generation:

The rest of mankind that were not killed by these plagues still did not repent of the work of their hands; they did not stop worshiping demons, and idols of gold, silver, bronze, stone and wood–idols that cannot see or hear or walk. Nor did they repent of their murders, their magic arts, their sexual immorality or their thefts. (Rev 9:20,21)

[PARENTS TAKE WARNING! Do not allow any unwholesome video games, especially the kind which are filled with violence and murder, to be viewed by your impressionable children. They could turn out to be the next Nehemiah Griego or Adam Lanza!]