The Words Of Eternal Life 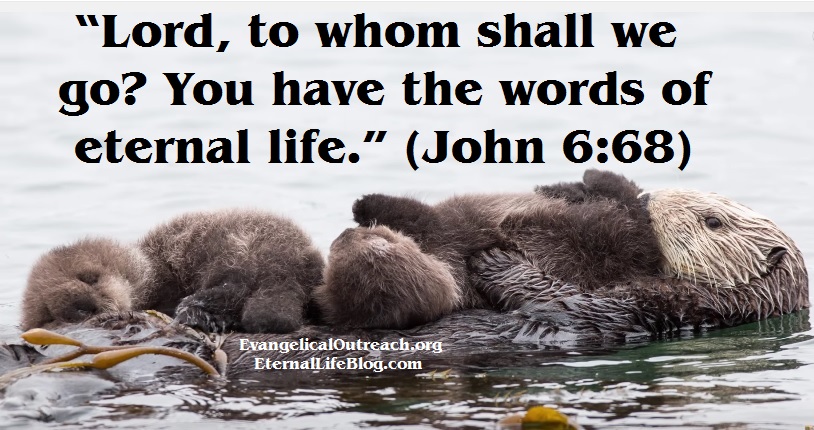 There have been many religious leaders over the millennia, but only one ever had the impeccable and awe-inspiring credentials and could produce the results, which the Lord Jesus did and has. Because Jesus is the sinless Son of God and God in the flesh, who resurrected bodily, he brightly outshines all of the others who died and their bodies rotted in the grave.

Besides that, all the other religious leaders spoke empty words as they tried to help people with their sins and immorality. The various sincere devotees of the many false religions remained slaves to sin, because they were misled by some false teacher. But it was and is different for the followers of the Lord Jesus Christ. Why? Because Jesus has the words of eternal life. Peter knew that and acknowledged it openly:

Simon Peter answered him, “Lord, to whom shall we go? You have the words of eternal life.” (John 6:68)

This entry was posted in Lord Jesus Christ and tagged eternal life, repentance, slave to sin, words of eternal life. Bookmark the permalink.