No Annihilation of The Wicked Dead

Before my wife became a Christian she was adversely influenced by Herbert Armstrong. Consequently, she believed the wicked dead would be annihilated and, therefore, wasn’t too concerned about not having salvation at death! If annihilation was true, she thought she could have the life-long pleasures of sin here and just be wiped out of existence after her death. 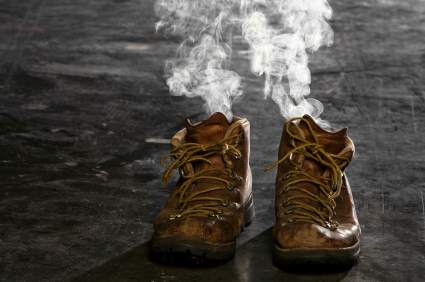 In other words, she believed she would only suffer this side of the grave for her sins and not afterwards because of being annihilated.

I have encountered various people (Jehovah’s Witnesses, Seventh Day Adventists, Edward Fudge, Heretic David Servant, etc.) over the years who rejected eternal conscious torment in favor of annihilation, but those same people have apparently not thought out their position very well! There are also other related issues which shed clear light on this important subject, which can not fit in with annihilation:

2. How could the sodomites from Sodom and Gomorrah who were destroyed in Genesis 19 still be suffering in Jude’s day (thousands of years after their death), if they were annihilated? Jude 7 says:

In a similar way, Sodom and Gomorrah and the surrounding towns gave themselves up to sexual immorality and perversion. They serve as an example of those who suffer the punishment of eternal fire.

NOTE: The Greek tense for suffer there is continuous or repeated action. Furthermore, Peter wrote about the same sodomites:

The Lord knows how to rescue godly men from trials and to hold the unrighteous for the day of judgment, while continuing their punishment. (2 Pet 2:9)

3. How could the wicked dead, who perished in the Flood of Noah’s day, appear at the great white throne judgment (Rev. 20:11-15), yet in the future sometime after the 1,000 reign of Christ be resurrected unto damnation (Jn. 5:29; Rom. 2:8,9), if they were annihilated after their death thousands of years before the birth of Christ?

4. If the wicked dead are annihilated, then it could not be eternal punishment, as Jesus taught in Mt 25:46:

Then they will go away to eternal punishment, but the righteous to eternal life.

The Greek word translated punishment there also means torment, which makes eternal torment, Jesus’ teaching. If the sentence was annihilation, the punishment would be brief and quick. That, however, is not what Jesus said. That can’t be true because Jesus said it is eternal punishment or torment (Mt. 25:26). Again, Jesus said eternal torment, not anything else. If a murderer is sentenced to 20 years in prison in our day, his sentence is different than him spending his punishment time in “torment” breaking rocks with a sledge hammer, as they did years ago.

5. Jesus taught it is better to cut your hand or foot off or gouge out your eye to prevent sin from dragging you to hell and into unquenchable fire after death (Mk. 9:43-48). To remove those bodily members would make such a person suffer incredibly during his earthly life, but that is better (according to Jesus) than what he would face after his death, if his sins dragged him to hell. That is an impossible scenario, if annihilation was true.

Though it may sound irrational to some, the righteous and just God will allow the overcomers to experience peace, joy, love, etc. in his holy presence forever, while his enemies (the wicked dead who die in their sins) are tormented day and night forever and ever (Rev. 20:10 cf. 19:20). NOTE: the antichrist and false prophet were in the fiery lake of burning sulfur for 1,000+ years yet were not annihilated when the devil is also thrown into the same place! (Compare Rev. 19:20 to Rev. 20:10.) That is not God being cold and unloving, but him being just and righteous because that is his true identity and it will happen that way:

On the wicked he will rain fiery coals and burning sulfur; a scorching wind will be their lot. For the LORD is righteous, he loves justice; upright men will see his face. (Psa 11:6,7)