To teach be sin conscious in our day of rampant heresies is to invite ridicule and opposition. I know that, but that doesn’t change the Biblical message one iota! The grace changers (mainly consisting of the once saved always saved teachers) are boldly teaching that sin is not the issue (when it is), our future sins are already forgiven (when they aren’t), all sins are of the same degree (when they are different) and Christians should not be sin conscious (when they should)! That is the definite receipt for spiritual disaster. As with any teaching, to test its soundness, we must consult the Bible to see if it is true or not. When that is done, the evidence to the contrary, clearly shouts out that Christians are to be sin conscious! Directly or indirectly, that fact is shown in different ways. Here is proof:

But among you there must not be even a hint of sexual immorality, or of any kind of impurity, or of greed, because these are improper for God’s holy people. Nor should there be obscenity, foolish talk or coarse joking, which are out of place, but rather thanksgiving. For of this you can be sure: No immoral, impure or greedy person–such a man is an idolater–has any inheritance in the kingdom of Christ and of God. Let no one deceive you with empty words, for because of such things God’s wrath comes on those who are disobedient. Therefore do not be partners with them. (Eph 5:3-7)

OBSERVATION: It is clear from that alone that to be sin conscious is under grace and definitely a Christian emphasis today, as it was for Paul. NOTE: other similar teachings are also found in Col. 3:5-10; 1 Cor. 6:9,10 and Gal. 5:19-21.

Now these things occurred as examples to keep us from setting our hearts on evil things as they did. (1 Cor 10:6)

OBSERVATION: Since sin is evil, those commands all refer to sin. To obey those commands, a Christian would have to be conscious of sin. Again, this is more Biblical evidence against the popular, but blind leaders of our day.

In your struggle against sin, you have not yet resisted to the point of shedding your blood. (Heb 12:4)

Paul was a holiness preacher as he also magnified grace!

Be Sin Conscious To Avoid Hell

The ultimate expert on everything was the Lord Jesus. He repeatedly taught that sin will land the sinner in eternal fire and it needs to be resisted:

The Son of Man will send out his angels, and they will weed out of his kingdom everything that causes sin and all who do evil. They will throw them into the fiery furnace, where there will be weeping and gnashing of teeth. (Mat 13:41,42)

And if your eye causes you to sin, pluck it out. It is better for you to enter the kingdom of God with one eye than to have two eyes and be thrown into hell, where their worm does not die, and the fire is not quenched. (Mark 9:47,48) 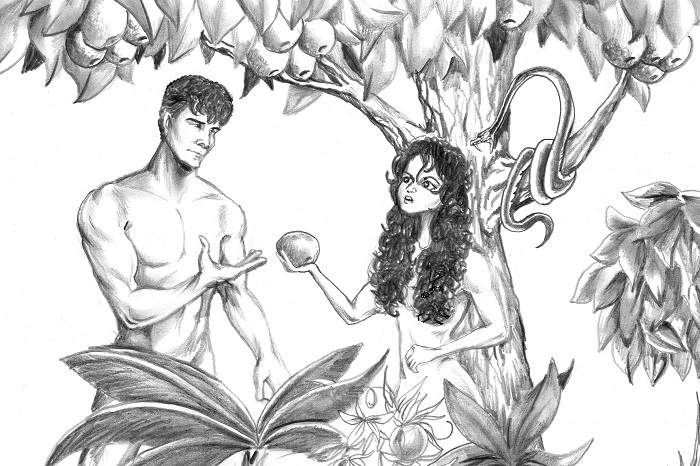 Even sins of omission can be lethal. So the emphasis is again on sin and the opposite, which is obedience. (Throughout Revelation 2 and 3 the same truth about being sin consciousness continues to appear.) From the first recorded words to Adam, which were about sin (Gen. 2:16,17) to the very end of the Bible (Rev. 22:18,19) the dangers of sin are mentioned.

The Devil Tempts Us To Sin

The devil is called our enemy or adversary (Mt. 13:39; 1 Pet. 5:8) and he tempts us all to sin! WHY? Because he knows how destructive sin is! Since that should be apparent at this point, then Christians need to be conscious of sin as they resist the devil (James 4:7) and follow Jesus (Jn. 10:27) in this world filled with false teachers and false prophets. It should be clear that anyone, popular or not, who declares that Christians should not be conscious of sin, is speaking for the devil, though they may sprinkle their explanation with Biblical terms. DO NOT BE DECEIVED, sin is still the issue and you therefore need to be conscious of sin: