Yes, a nightmare- type church situation continues on! The strangest and weirdest are almost the norm now. That includes serving FREE BEER and more to attract younger people! Whatever it takes to get a crowd is success to some. Some liberal congregations will meet in a bar, drink beer and have communion.

A growing number of churches across the country have taken to serving beers and ales as a means of attracting younger members. Other congregations ditch the sacred space entirely and flock to the local pub, preferring neither water nor wine, but perhaps a nice IPA. In a fascinating look into modern Christian culture in America, NPR’s The Salt blog examines the strange brew of religion and alcohol — and how it’s attracting unexpected people to Christianity. 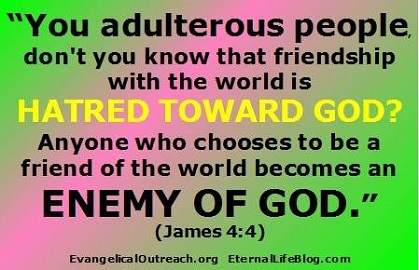 In Fort Worth, Texas, Church-in-a-Pub gets churchgoers in the spirit, so to speak. Worship leaders hold communion at the bar and even sing hymns and songs of praise. Phil Heinze, who is part of Calvary Lutheran Church’s bold new initiative, said that the idea is to spark curiosity in those around. “I’m interested in having people have significant relationships around Jesus,” he told NPR. “And if it turns out to be craft beer, fine.”

A parish in Portland, Ore., does much the same. First Christian Church holds an event called “Beer & Hymns” once a month, attracting about 100 swilling and singing young people. To keep things in check, the church enforces a two-beer maximum. The casual environment, far from the notions of being in your starched Sunday bests, lends itself to attracting those who wouldn’t be seen sitting in a pew. 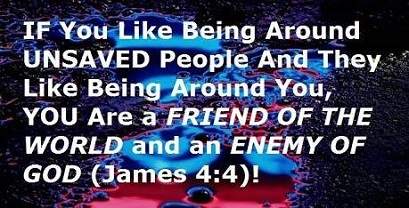 Even New York — a hallowed haven for microbrews and craft beers — has ministries centered around brewskis. Theology-on-Tap NYC , which came to the city in 2000, takes questions of eternal life and false prophets and puts them in the most unorthodox of settings — an Irish pub.

The group says on its website that it is “in perfect alignment with the Pope,” explaining that the Holy Father commands that the Gospel of Christ should be taken to where the people are. The event is held at Connolly’s Bar on W. 45th St. in Manhattan every Sunday, beginning at 7:30 p.m. (http://www.nydailynews.com)

These People Get NAKED In Church

Back in the prophet Micah’s day, it was similar to our day! Focus in upon this relevant scripture:

If a liar and deceiver comes and says, “I will prophesy for you plenty of wine and beer,” he would be just the prophet for this people! (Micah 2:11)

It is obvious that there are serious problems, but the most DEADLY congregations are not the ones getting naked and serving beer, as bad as that is. The most deadly ones are held in a more Christian- like environment where deadly false doctrine, like once saved always saved, is taught and believed.

Jesus taught to find we must seek (Mt. 7:7). That certainly holds true for the truth itself. We must personally seek the truth from God’s word, the bible, or we’ll be left bewildered and confused by so many voices saying different things.

It is better not to eat meat or drink wine or to do anything else that will cause your brother to fall.  (Rom 14:21)

You adulterous people, don’t you know that friendship with the world is hatred toward God? Anyone who chooses to be a friend of the world becomes an enemy of God.  (James 4:4)