The Giver Of Grace

Who is the giver of grace and what are the conditions, if any, to be on the receiving end of saving grace? Those are vital questions we all need to have answers for, since we are saved by grace (Eph. 2:8.9).

Calvinism (or Reformed Theology) calls the above unconditional election and eternal security. 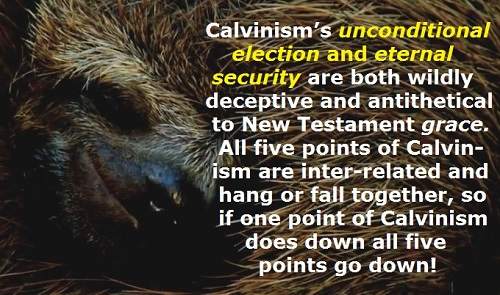 Both are wildly deceptive and antithetical to New Testament grace, though taught as the doctrines of grace! All five points of Calvinism are inter-related and hang or fall together, so if one point of Calvinism does down all five points go down together!

Click Here To Read and/or Print What Is A Calvinist

In Catholicism, Mary is the mediatrix and dispenser of all grace! That is an astounding responsibility to assign to a creature, but Catholicism has openly and boldly taught this to their people. The implications are:

The Real Grace of God

In reality, the real grace of God is only given to the humble by God himself, 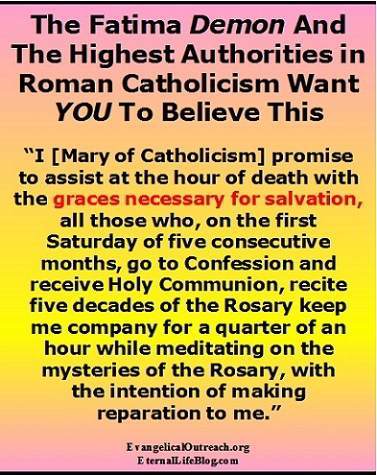 thus repudiating the false claim that it is unmerited, for if it was unmerited (implying no conditions to receive it), then even the non-humble (the proud) would receive it, but they don’t! The proud are always, 100% of the time, opposed by God. [Other verses imply that receiving the life giving grace of God is open for ALL people and not limited to only some.]

The real grace of God is given by God alone. God does NOT dispense grace through Mary or any other creature, according to his word. It is given by God upon the condition of being humble. The proud do NOT get grace! In bold contrast, Catholicism opposes Solomon, James and Peter who all stated that [ONLY] the humble get grace from God:

He mocks proud mockers but gives grace to the humble. (Prov 3:34)

But he gives us more grace. That is why Scripture says: “God opposes the proud but gives grace to the humble.” (James 4:6)

All of you, clothe yourselves with humility toward one another, because, “God opposes the proud but gives grace to the humble.” (1 Pet 5:5)

The fallacious (and demonic) conditions to get saving grace in Catholicism from Our Lady of Fatima are specific and deadly. Remember that the Catholic hierarchy themselves endorsed the following, and a billion plus trusting people believe this:

I [Mary of Catholicism] promise to assist at the hour of death with the GRACES necessary for salvation, all those who, on the first Saturday of five consecutive months, go to Confession and receive Holy Communion, recite five decades of the Rosary and keep me company for a quarter of an hour while meditating on the mysteries of the Rosary, with the intention of making reparation to me (1917 Fatima Apparitions).

Not only is it stated there that Mary gives saving grace, but the conditions required for the recipients are impossible for NON-Catholics (go to Confession, receive Holy Communion, etc.)! Furthermore, the focus of those conditions is MARY (not the Lord Jesus)! That reveals a very serious problem for 1.2 billion Catholics, namely, their spiritual leaders have lethally misled them! How? Their leaders have “approved” the Fatima apparitions, including the above conditions to get saving grace at the hour of our death from Mary, and by doing so have rejected the Biblical record! If sincere Catholics try to get saving grace, as per Our Lady of Fatima, they are disobeying the only real way to get it as stated in the Bible, thus disallowing them from receiving the true saving grace from God and eternal life. Hence, sincere Catholics remain addicted to their sins and without eternal life. Their gospel is powerless to set the captives free and cleanse their hearts from sin, especially since their misguided focus is on Mary and not Jesus alone WITHOUT Mary too!

Without question, grace is vital to know about, but both Calvinism and Catholicism have grossly misled their faithful followers, thereby standing between them and true salvation for their souls. Who will rise up and roar out these truths about grace before they die in their sins?

This entry was posted in False Teachers, The Giver Of Grace and tagged Calvinism, Catholic, Catholicism, Fatima, grace, our lady of fatima. Bookmark the permalink.